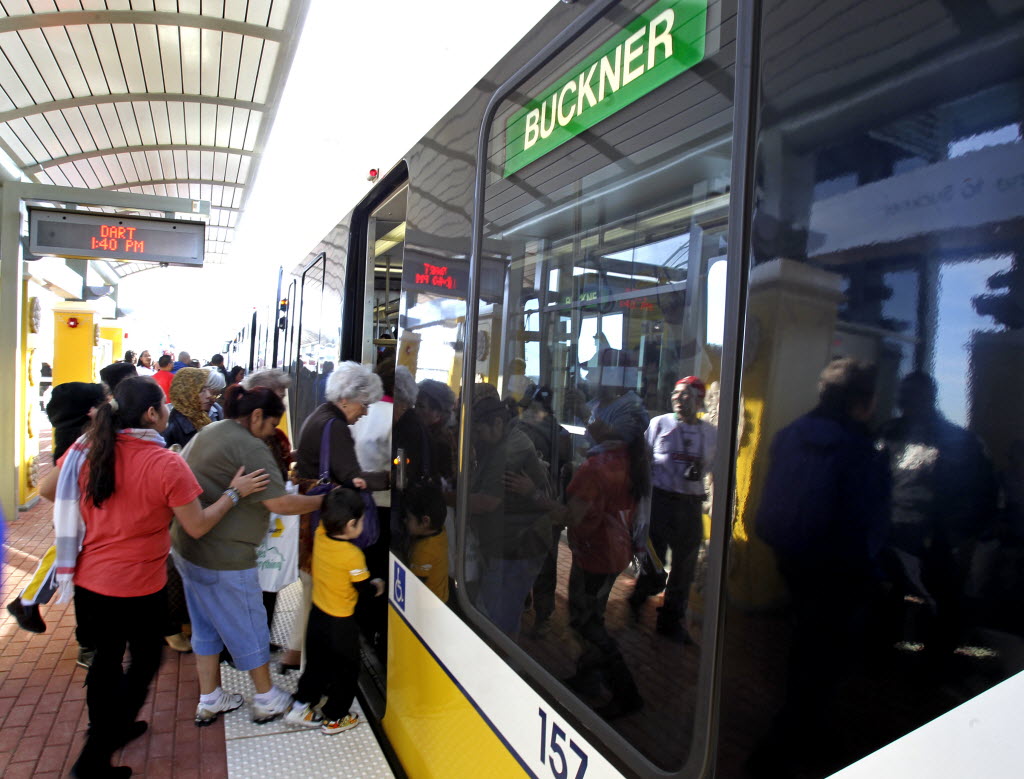 The counting system which Metro employs on MetroLink and MetroBus, automatic passenger counters (APCs), are now in use in Dallas on the DART light rail system.  These infrared sensors over the doors count passengers as they enter the rail car, thereby eliminating a visual counting system.  Sounds more efficient, right?  Well just how much more efficient it will be could have major impacts for DART.  DART expects that with the APCs, they will see a 16% jump in ridership figures over last year.  And while yes, those riders have been there all along and just not captured most likely with previous counting methods, this jump will assist DART’s bottom line because federal funding is ultimately tied to passenger counts.

Part of this reason for error was due to the fact that “DART’s light rail fleet began converting over to SLRVs (super lightweight rail vehicles) in 2008. They are longer and have more doors that the previous vehicles,” making manual counting more difficult.  “The observer suddenly had five doors to cover, and the practice was most error-prone on crowded platforms and crowded rush-hour trains.”

APCs count those boarding and alighting the trains, whereas manual counters only were able to capture alightings.  Another benefit to the switch is the money which will be saved on not having to contract manual counters from here on out.

This is a massive step for the light rail system which boasts more miles of track than any other system in North America.  DART opened their third light rail line, Green line, in 2010 and their fourth, Orange line, this past summer, lending to over 70,000 riders on an average weekday.