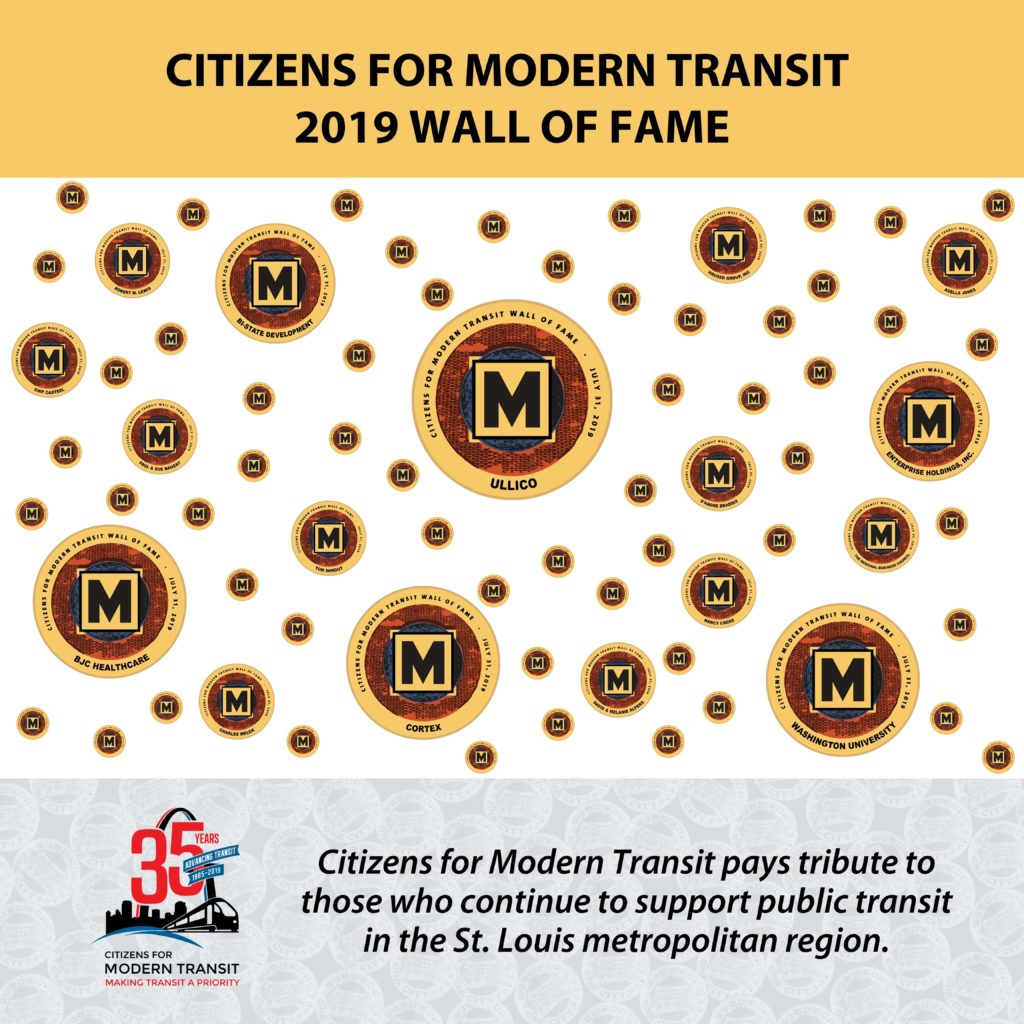 Over three decades ago, Citizens for Modern Transit (CMT) was founded with the intention to bring light rail to the St. Louis region. Several years later, the organization celebrated what would be the first of many major milestones as it witnessed the opening of the 17-mile MetroLink alignment in July of 1993. Since then, it’s been nothing short of an exciting ride. CMT’s leadership, membership, and countless partnerships continue to play an integral role in maintaining a safe, integrated and affordable system for the St. Louis region. This system is one that is credited with going beyond the ride, to provide access and equality, create jobs, build stronger economies and further the vibrancy of local neighborhoods.

While many milestones have been accomplished over the years, none of them would have been possible without the support of our members. As CMT prepares to celebrate 35 years of moving transit forward, we wanted to make you aware of a unique opportunity to continue to support the work of the organization through a VIP Wall of Fame Package. (Limited Packages Available)

By committing to a one-time, tax-deductible gift of $350, individuals, companies, and organizations can have their names added to CMT’s portable Wall of Fame, which serves as a replica to the one established at the Convention Center MetroLink Station in 1993. Each will also receive one of the very same commemorative tokens of appreciation given to the first CMT contributors, two VIP tickets to the July 31 celebration at Innovation Hall at Cortex, recognition during formal remarks, inclusion on the 2019 CMT Wall of Fame at the event and more.