Robert Steutville is editor of Public Square: A CNU Journal, and he has some opinions about that.  His passionate response to a 2016 book titled The Human City: Urbanism for the Rest of Us, by Joel Kotkin, and the idea that walkable neighborhoods are a luxury that is not attainable for middle-class Americans, connects the dots between transportation and affordable housing. 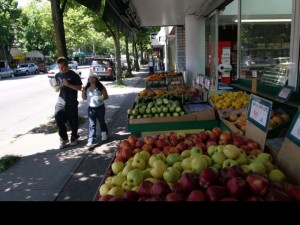 Steutville begins by breaking down the standards for which affordable housing is judged.  The most common standard for affordability is that someone should not pay more than 30 percent of their income on housing.  Steutville argues that transportation costs should be factored into this affordability equation, a sentiment shared with the Center for Neighborhood Technology (CNT).  CNT developed a Housing + Transportation Affordability Index (H&T Index) with a target of 45 percent or less being spent each month on combined housing and transportation needs.

Steutville sums up his thoughts by linking walkability to several other benefits including, health, pollution, and time.  “Walkable neighborhoods add value and utility to lives of people of all classes.  They are willing to pay for that value,” he writes.

Send us your thoughts at info@cmt-stl.org.

In response to this article @RonaldJDonson1 offered these suggestions, “For one, a traffic light at Grand and 40. The walk from Grand to SLU and Grand Center is a death trap. Maybe some way finding from CWE station through the med campus. Most importantly mixed use development on surface lots downtown, especially around civic center.”