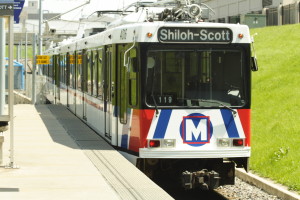 Those who take public transportation regularly understand it’s benefits and a new release from the American Public Transportation Association (APTA) shows that more and more people are getting on board with it.  From a better quality of life, higher activity levels, cheaper commutes and more – this study shows that transit is increasingly becoming the way to go.

Check out these stats from APTA’s release:

CMT invites you to give it a try yourself.  Once you get used to the change in your commute, we know you won’t be disappointed.