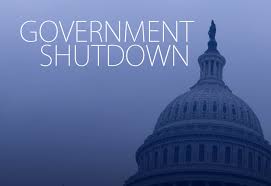 The ripple effect of the government shutdown has made its way to Missouri’s roadways. Rural transit providers throughout the state are currently operating without FTA Section 5311 and 5310 funding, leaving agencies to rely on other funding sources or reserves to continue to provide critical transit services to residents.

OATS Transit, for example, which provides service in 87 Missouri counties and is the largest rural transit provider in the country, announced that it has been forced to temporarily reduce some of its services by 15 percent due to the shutdown. If the shutdown – which began on Dec. 21 – continues, service reductions could increase to 25 percent by the first week in February.  Beginning February 1, 2019, SMTS will start cutting back on service that is funded through the 5311 program.  The absence of available reimbursement dollars is negatively impacting their financial status.

Additional impacts to consider during the shutdown include the negative impact on transit drivers.  According to Denny Ward, Executive Director of SMTS,“Transit providers anticipate a sense of panic among staff, and expect drivers to pursue other employment opportunities in the event of a long-term shutdown.  This could cause a long lasting negative effect even after the government is reopened with a severe staff shortage.”

“Missouri state transit funding of $0.17 per capita is one of the lowest in the U.S.’” said Kim Cella, Executive Director of the Missouri Public Transit Association, which represents transit providers – both rural and urban – across Missouri. “Without federal funds, Missouri transit providers have little to no alternatives for funding. The current shutdown is a clear indication that more state funding is needed to better diversify funding sources for these critical services.”

Starting Tuesday, Jan. 15, 2019, RideKC will offer free bus rides on all RideKC bus routes serving Kansas City, Johnson County, Wyandotte County and Independence to all furloughed government workers during the federal government shutdown. Government workers affected by the 23-day shutdown will simply need to show their government employee ID to board any of the RideKC buses regionwide.

“It’s not about politics, it’s about people,” said Robbie Makinen, CEO and President of KCATA. “We want to pay it forward and assist those who are hurting by taking a little weight off of their shoulders during this time.”