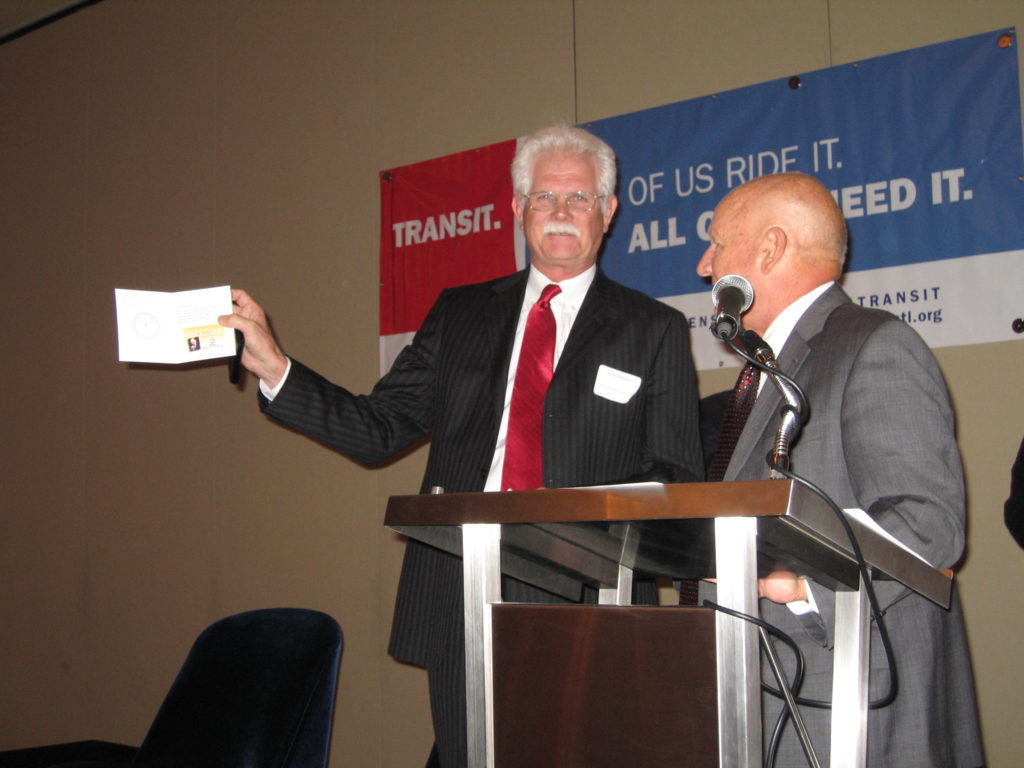 MPTA Board member Tom Sehr talked about Tom’s and CMT’s sucesses over the past 20 years:
• St. Louis Region has been fortunate to have a transit advocacy organization, CMT, since the 1980’s.
• CMT was led for some 22 years, starting in 1986, by award recipient Shrout
• During Tom’s tenure, the first MetroLink light rail line was opened in 1993 and the system has seen major expansions to its current 47 miles of track.
• Perhaps Tom’s most significant accomplishment was the successful 2010 St. Louis County sales tax campaign that assured adequate funding for Metro operations including the “Some of us ride it, All of us need it” rally call.

Congrats, Tom, for all your hard work for transit in the region!