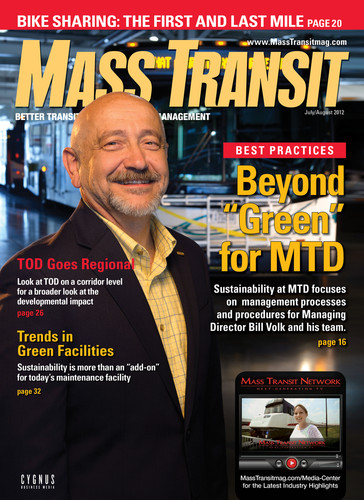 Transit lines proved to be integral in building up cities in America in the 1800s and 1900s.  But with the wide use of the automobile in the 20th century, cities faced the problem of populations dwindling due to urban sprawl to suburb areas.  When this happened, commute time and distance rose, pollution increased and more recently, there has been a growth in obesity rates.

But areas across the country are starting to see growth due to a concept becoming more widely regarded: transit oriented development.  Read the article below by Joseph Petrie which details how TOD arose and highlights specific examples we can look to today.

From an article in the July/August 2012 edition of Mass Transit magazine, by Joseph Petrie.