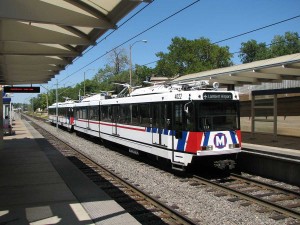 “We have a structure and approach that will keep MetroLink riders safe,” said St. Louis County Executive Steve Stenger, who hosted the meeting.  “We will have further discussions as implementation begins, but today we have taken significant steps to protect those who ride MetroLink.”

“Our focus in approving and implementing this plan has been on making and keeping MetroLink safe for all those people who rely on it to get to a job or a doctor’s appointment or an important family event,” Mayor Krewson said.  “We want everyone to feel safe, especially those who have no other transportation options.”

Another component of the plan would control access to train platforms.  Currently MetroLink operates as an “open” system.  The task force will immediately begin working with safety consultants to determine the most effective way to physically control access.  This could include turnstiles or other measures.

“The open design of MetroLink was the region’s least expensive option 30 years ago,” Nations said. “Clearly, now the physical aspects of the system need to be re-evaluated and redesigned.” Chairman Kern and Sheriff Watson rode MetroLink to today’s meeting in the St. Louis County Executive’s office.

“MetroLink is such an important part of joining our region together,” Chairman Kern said.  “We fully support the multi-jurisdictional task force approach as the best way to ensure safety and increase MetroLink ridership.”

There are many details to implementing the task force plan and the group will meet again in the very near future for an update on implementation and to ensure that all issues are being addressed.

“We have seen great cooperation from this group and a real desire to improve safety as quickly as possible,” Stenger said.  “There is a lot of work still to be done, but the bottom line is that it will be safer for all who ride MetroLink.”