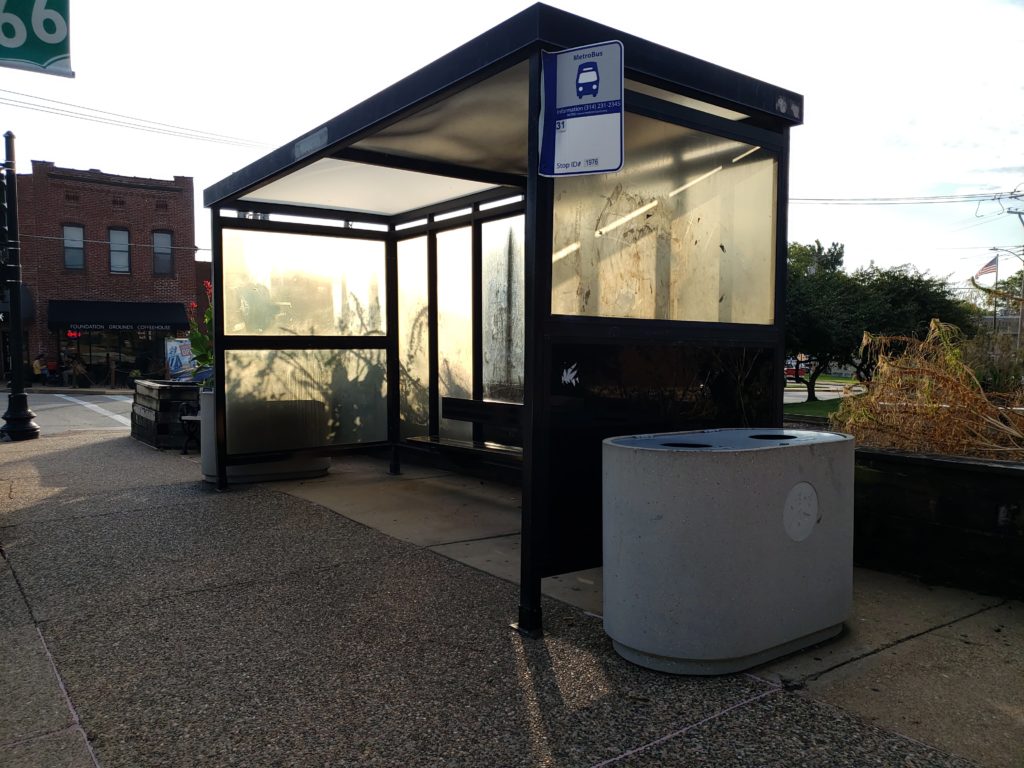 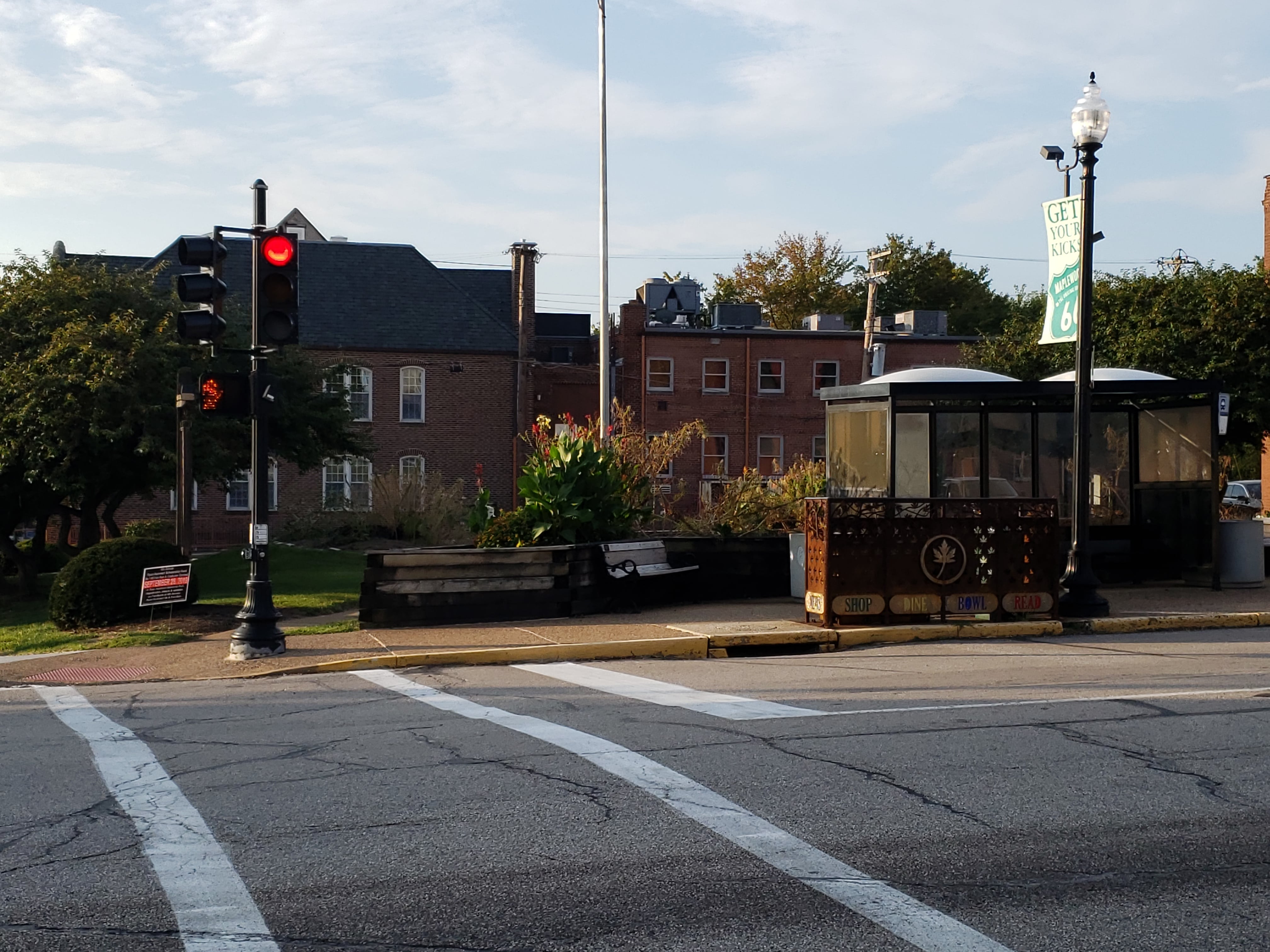 Citizens for Modern Transit, the regional transit advocacy organization, and AARP St. Louis are working to activate the space around a Maplewood MetroBus Stop with the help of the City of Maplewood, Citizens National Bank and KaBOOM!, a national non-profit that partners with communities to expand play opportunities for kids. This joint initiative, known as the “Transit Stop Transformation Project” will convert the area at the southwest corner of Manchester Rd. and Marshall Ave. – adjacent to the Citizens National Bank parklet – into a fun, artistic space that encourages active play, cultivates community and increases transit use. The design ideas for the Maplewood MetroBus stop will be shared during the Maplewood Christmas Tree Walk on Friday, Dec. 6, from 4:30 p.m. to 7 p.m., allowing the local community to weigh-in.

“The design team has done a wonderful job engaging the Maplewood community during the design phase of the project. Residents to business owners to transit riders weighed-in on what they would like to see happen through thought-provoking, creative workshops.  We look forward to the unveiling of the design concept and a new transit stop that is truly integrated into the fabric of our community,” said Maplewood’s Community Development Director Laura Miller.

The design team, led by BlackArc Design, will be at the Maplewood MetroBus Stop sharing a design possibility that integrates play, creativity and interaction. The team will have summaries of the community input shared to-date and the current stage of the design. Attendees will be invited to share their thoughts on their favorite ideas and what would foster a more inclusive and engaging transit stop.

The “Transit Stop Transformation Project” serves as an extension to Citizens for Modern Transit (CMT) and AARP St. Louis’ ongoing efforts to raise awareness about “placemaking” around transit. This is a concept that transforms places people simply pass through in route to their next destination – like MetroLink and MetroBus stations – into active, engaging corridors that connect individuals and neighborhoods by offering access to products, services and green spaces.

“Over the last several years, CMT and AARP in St. Louis, have hosted a series of Pop-up Metro Markets to help area residents experience what it would be like 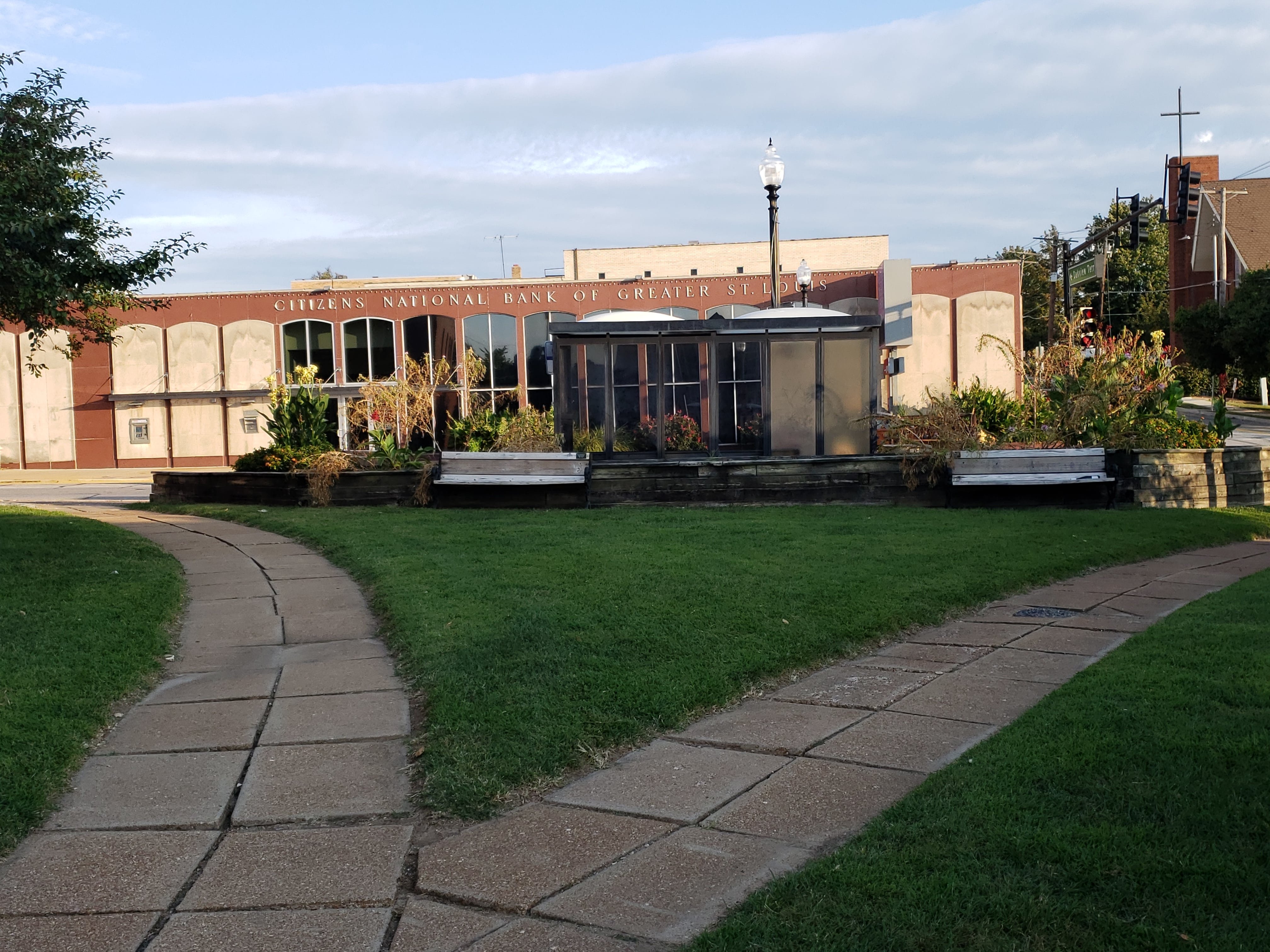 if they could meet friends for coffee, grab groceries or take time out to relax, unwind or play in the vacant spaces currently surrounding MetroLink Stations,” said Kimberly Cella, executive director of Citizens for Modern Transit. “We are very excited to be teaming up with AARP in St. Louis, the City of Maplewood, Citizens National Bank and KaBOOM! to be able to take an element of the ‘pop-up’ experience and turn it into a permanent installment at the Maplewood MetroBus stop.”

“For AARP in St. Louis and Citizens for Modern Transit, the Maplewood bus stop project is the next step in our work around transit in the St. Louis region.  This will serve as the first permanent activation at a transit stop which will bring us closer to our goal of integrating these spaces with the community in which they are located,” said Sheila Holm, Community Outreach Director for AARP in St. Louis.

“KaBOOM! is excited to partner with CMT, AARP in St. Louis and Maplewood in this effort to bring innovative design ideas that make it easier for families to incorporate play into their everyday routines to Maplewood,” said Kathryn Lusk, Senior Director of Programs for KaBOOM!.

The partners will use the feedback from the event to develop the final design for installation in early 2020.