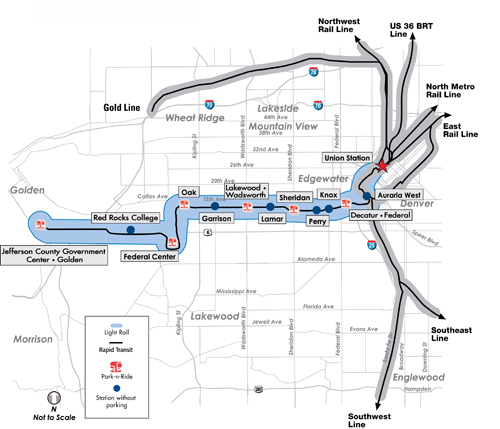 Denver’s latest light rail extension, the west rail line,  is scheduled to open 8 months early in April 2013, but even before it opens it has helped to bolster the city’s economy and create jobs.

Since its inception, the project has created 600 jobs and provided opportunities for hundreds of subcontractors, vendors and area businesses.   The project was at 93 percent completion in Mid-May.  The line will include 12 stations, 5600 parking spaces and two parking structures.   Average weekday ridership is estimated at 19,300 upon opening.  Total cost for this project is $707 million.

Eight of the 12 projects identified are under construction, representing $4.2 billion in investment in the region with 7,000 jobs projected annually during peak construction.

Can you imagine the impact a program like FasTracks could have in  St. Louis?