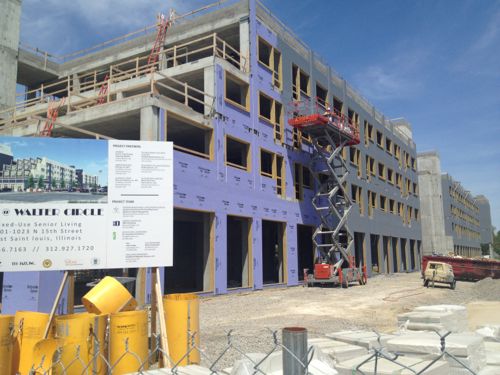 Citizens for Modern Transit has compiled a database of development occurring around MetroLink stations, which is now available on the CMT website. New developments within a half mile of a MetroLink station were recorded in the database, along with information on the square footage, cost, and type of development. At this time, nearly $16.5 billion has been invested in development projects around the MetroLink line, comprised of over 500 million square feet. We are hopeful that this database will provide a tool with which to spur further economic growth and development for the St. Louis area and garner support for the region’s public transit system.

The development database comes as part of CMT’s larger goal of transit-oriented development (TOD) education and advocacy, which has been supported by grants from the Missouri Foundation for Health (MFH) and the Department of Housing and Urban Development (HUD). Other TOD advocacy efforts by CMT include holding MetroLink Walkabouts, hosting public meetings, promoting transit legislation, and conducting Technical Assistance Panels (TAP). Information on developments included in the database will not only provide examples of successful TOD in the region, but also highlight areas for improvement.

For access to the database, CMT MetroLink Development Database 2013