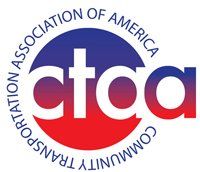 The Community Transportation Association of America (CTAA) has produced a summary overview to help transit agencies understand what the new Infrastructure Investment and Jobs Act means for the future of public transportation.

The anticipated return of Congressionally designated projects, or “earmarks,” have been removed, and replaced with a process that concentrates transportation decision-making into record-breaking amounts of formula-based funds across all forms of infrastructure (including transit and highway programs) and establishes record-setting amounts of funds available for competitive grants to be decided by federal government agencies.

For example, here are just a few of the largest NEW competitive grant programs that will be administered by the US Department of Transportation:

The majority of programs will not be administered by FTA, FHWA or any other modal administration within the DOT. Instead, these projects will be solicited, selected, and administered directly out of the Secretary of Transportation’s office.

The primary change to the federal transit program is significantly increased federal spending, with few structural or policy changes from the FAST Act.

The document goes on to further elaborate on what the increased overall growth in federal transit spending will most likely look like, what sort of regulatory and programmatic amendments to look for, and what to expect next. To view the entire document, click here.

As implementation of the Bipartisan Infrastructure Law rolls out, two DOT websites designed to help the public follow ongoing developments related to the law have been established. The Federal Transit Administration has established a website to inform public transportation stakeholders and others about the law, along with a link to sign up for updates. The Federal Highway Administration has also set up a website that will be regularly updated to provide resources such as fact sheets, presentations, funding notices, guidance, and regulations.