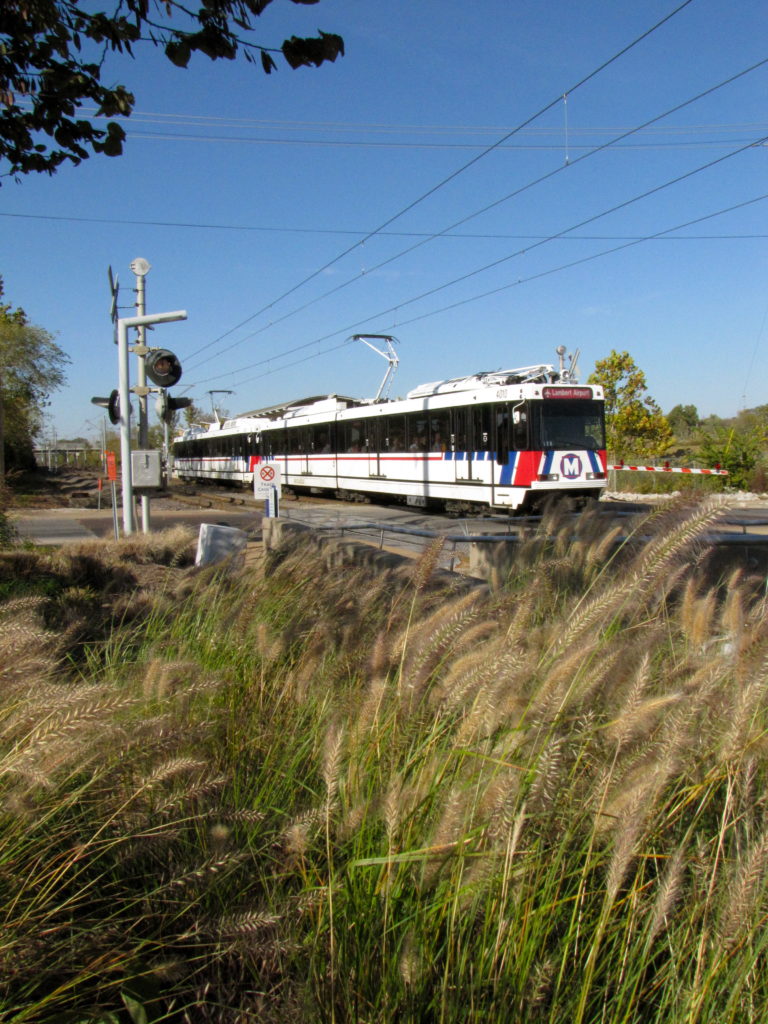 Citizens for Modern Transit (CMT) is hosting a Walkabout at the Wellston MetroLink Station on Thursday, June 28,  to look at the possibilities for the surrounding neighborhood around MetroLink with national walkability expert, Dan Burden.  Please join us!  This is a part of Walk/Live St. Louis 2012.

CMT received a grant from the Missouri Foundation for Health to look at areas surrounding MetroLink stations in St. Louis communities. We are asking for your help to create a healthier place to live through better use of our transit system.

Our goal is to get the community’s opinions about development near MetroLink and walkable neighborhoods.  What do you like about the station? What would you like to see near the station? How is access to the Wellston station?   We will have Dan Burden on-site to lead us on our walkabout and to help facilitate conversations about the possibilities for the community.

Dan Burden, Executive Director and Co-Founder of Walkable Communities (http://www.walklive.org/about-the-institute/our-team/), has spent more than 35 years helping the world get “back on its feet” and his efforts have not only earned him the first-ever lifetime-achievement awards issued by the New Partners for Smart Growth and the Association of Pedestrian and Bicycle Professionals, but in 2001, Dan was named by TIME magazine as “one of the six most important civic innovators in the world.”  Also that year, the Transportation Research Board of the National Academy of Sciences honored Dan by making him their Distinguished Lecturer.  In 2009, a user’s poll by Planetizen named Dan as one of the Top 100 Urban Thinkers of all time.  Early in his career, starting in 1980, Dan served for 16 years as the country’s first statewide Bicycle and Pedestrian Coordinator for the Florida Department of Transportation and that program became a model for other statewide programs in the United States.  In 1996, Dan sought to expand his reach and ability to really change the world, so he and his wife Lys co-founded a non-profit organization called Walkable Communities.  Since then, Dan has personally helped 3,500 communities throughout the world become more livable and walkable.  In 2009, Dan co-founded the WALC Institute with Director of Education Sarah Bowman to create a focus on education, capacity-building and training to support communities in becoming more engaged and healthier through active living.  Dan serves on the board of advisors for Walkscore (www.walkscore.com) and Transportation for America (www.t4america.com).

The event details are as follows:

Thursday, June 28, 2012 at 9:00 a.m. at the Wellston Station
The Wellston Walkabout will last for about two hours.

Please consider making a difference in St. Louis by participating. RSVP at 231.7272 or info@cmt-stl.org.  Reservations required.  Thank you!  Together, we can make St. Louis an even better place to live and work.

Walk/Live St. Louis 2012
Walk/Live St. Louis 2012 is designed to train community leaders and members to become “walking ambassadors” – those with a new level of awareness and skills to help make their communities more walkable, bikeable, and safe. This three-day series of events is open to anyone who wants to create great, safe streets and spaces for people in their own community, contributing to St. Louis’ cultural and economic growth.