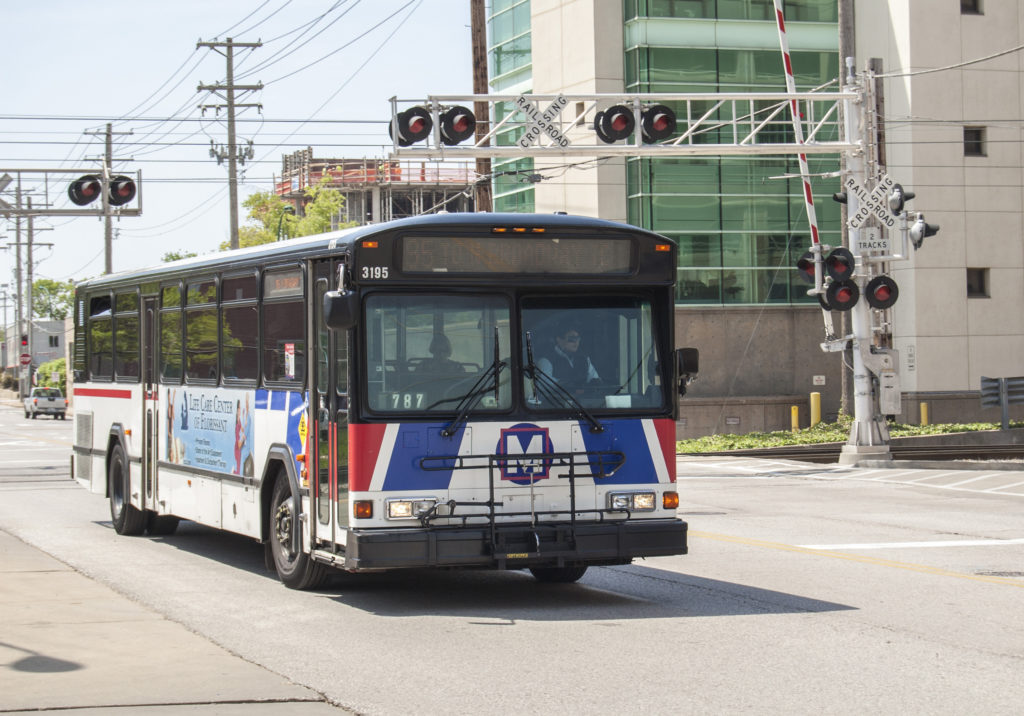 The Senate Transportation Committee heard testimony  yesterday on Senate Bill 39 (SB39)  sponsored by Senator Bob Onder.   SB39 would allow conceal carry on transit vehicles. Various bills were introduced in the MO House of Representatives and the MO Senate this session which would allow individuals with conceal/carry permits to carry their firearms on public transit buses, vans, trains, and other spaces owned or operated by a public transit provider. In light of the understanding that allowing firearms on public transit may serve as a detriment to ridership and has not been proven to enhance safety and security of the system, several Missouri transit providers including Bi-State, KCATA, and City Utilities of Springfield have publicly expressed opposition to these bills as well.  Individuals from St. Louis Department of Public Safety, KCATA, Bi-State, City Utilities of Springfield, Citizens for Modern Transit and MPTA testified in opposition to the bill.   From the comments of Senators Doug Libla, the chair of the committee, and Bill Eigel of St. Charles, there is support for the bill.   Particularly in areas experiencing concerns about rider safety in their transit systems.  From comments made by several of the committee members they favor individuals having a right to protect themselves.

CMT’s testimony in opposition of SB39:

Several bills have been introduced in the MO House of Representatives and the MO Senate this session which would allow individuals with conceal/carry permits to carry their firearms on public transit buses, vans, trains, and other spaces owned or operated by a public transit provider.  Citizens for Modern Transit understands the reasoning behind these bills is to improve safety on transit. However, allowing firearms on public transit may serve as a detriment to ridership and has not been proven to enhance safety and security of any system.  There is an unacceptable risk on transit vehicles that someone could be harmed if a gun is fired or discharged accidently.   Citizens for Modern Transit opposes any legislation which would allow carrying concealed weapons (CCW) on transit.

The largest Missouri transit providers including Metro, KCATA, and City Utilities of Springfield are providing tens of millions of rides each year and have publicly expressed opposition to this bill. The proposed bill is especially problematic in areas like St. Louis where the system spans both Missouri and Illinois.  Crimes on the St. Louis transit system are down according to the three police units responsible for patrolling the MetroLink alignment including a reduction of Part 1 crimes in St. Louis County by more than 19 percent.  The St. Louis Metropolitan Police Department has stated that robberies on the City portion of the system are down 44 percent from 27 in 2017 to 15 in 2018.  These local partnerships with law enforcement are allowing local control to determine the best actions for a particular system.

In addition, allowing guns on public transit could lead to higher insurance and security costs which could mean higher fares.  It could also cause wary passengers to abandon the trains and buses. In light of the current ridership decline, this is problematic for the success of transit in St. Louis.

Safe, reliable, affordable, and efficient public transportation systems increase access to employment, education and health care in our region. Access to transit addresses inequities in communities, and public transportation is key to expanding opportunity for all in St. Louis.  As the regional transit advocacy organization in St. Louis representing more than 22,000 constituents, we know the ridership experience — especially safety and security on platforms, stations, trains and buses — must be a top priority. If the public does not have confidence in the system’s safety and security, they are less likely to use the system and support public transit. Allowing individual passengers to carry firearms on transit is not the answer to enhancing the safety and security of these systems. Thank you.