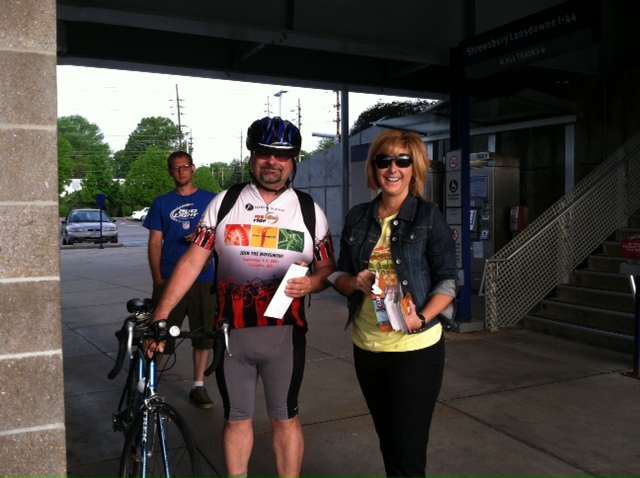 Citizens for Modern Transit (CMT) is showcasing its appreciation of those who regularly take transit, bike or walk to work, while encouraging those who drive to give transit a try through a series of “Wake up to a Sweeter Commute” events set for the remaining Fridays in May. Representatives from the organization, along with Y98’s Entourage, are set to be at different MetroLink stations during the morning rush, offering commuters complimentary sweet treats, free giveaways and the opportunity to learn about the many incentives associated with the alternative commuting options.

“The cost savings and advantages associated with taking transit, bicycling and walking already make these modes sweet commuting options,” commented Kim Cella, executive director of Citizens for Modern Transit. “These celebrations simply serve as a means to make the morning even sweeter for regular riders, while also enticing new commuters to consider giving one of these alternative transportation options a try.”

Cella added, “Many shy away from the alternative commute because they have a hard time getting past the thought of not having their personal vehicle available in the case of an emergency. Our Guaranteed Ride Home program eliminates that cause for concern by providing a safety net. Those who take transit, walk or bike to work can register for this free program, which provides them with immediate access to either a cab ride or rental car in the case of an emergency, sickness or unscheduled overtime.”

“Wake Up to a Sweeter Commute” is one of several initiatives taking place as part of CMT’s “Make Your Move on Metro in May” promotion designed to encourage the use of the St. Louis Metro area’s transit system, as well as other alternative transportation modes. To learn more, find the organization on Facebook or follow them on Twitter @cmt_stl.