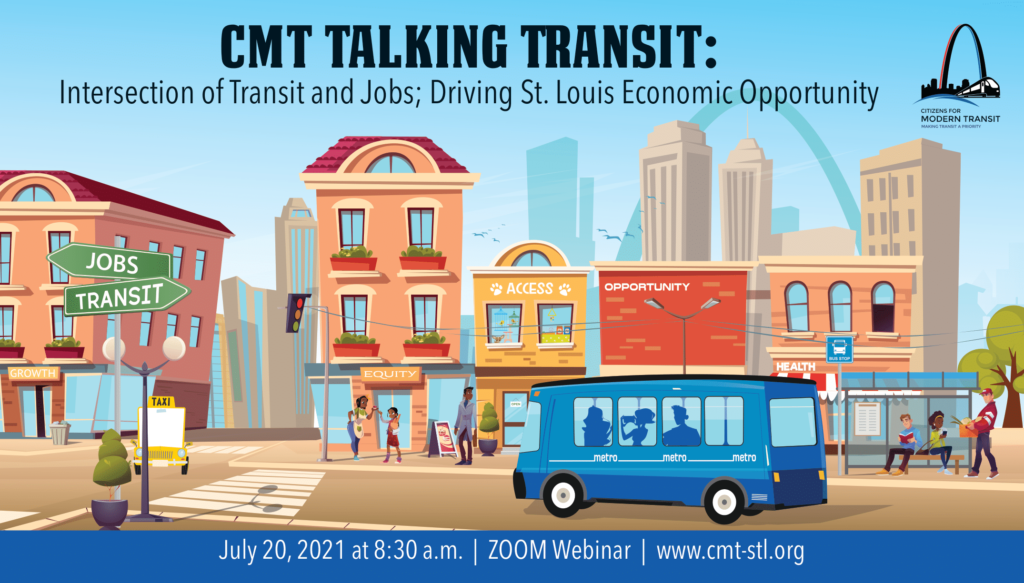 The St. Louis region’s transit advocacy organization, Citizens for Modern Transit (CMT), has announced plans for its next virtual “Talking Transit” event, which is set for Tuesday, July 20, at 8:30 a.m. via ZOOM. This event will look at the role public transportation plays in driving economic opportunity by increasing access to quality, living-wage jobs, and reducing disparities in employment and wealth generation. The event is free and open to the public.

“As St. Louis looks at strategies for building back the urban core, it is imperative that we look at the role public transportation access has on employment opportunities,” commented Kimberly Cella, executive director of Citizens for Modern Transit.