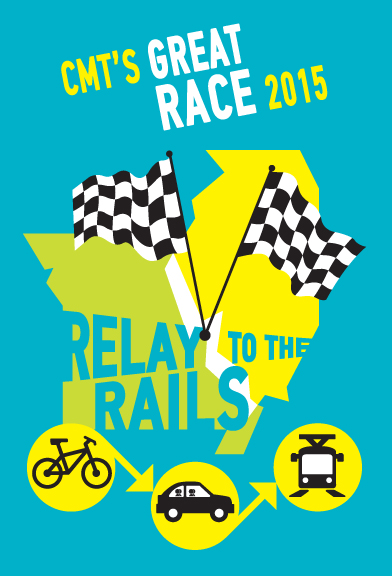 Request for Proposals for Tshirt Printing to Citizens for Modern Transit

Citizens for Modern Transit (“CMT”) is seeking a tshirt vendor to print tshirts as a part of CMT’s Great Race promotions to promote ridership on the transit system.

Work products will include layout and printing of the tshirts. CMT will need two different colored shirts (preferably a vibrant orange and turquoise) – 100 of each color.   The design is 4 color on front and one color on back of shirts.

A detailed budget will need to be submitted with proposal including delivery fees.

CMT encourages disadvantaged, small, women-owned, and/or minority business participation.  Proposers must include the DBE Participation Form or its equivalent in the proposal, even if the DBE participation is zero (0).

Email proposals are acceptable to kcella@cmt-stl.org.  Tshirts will need to be completed no later than May 11, 2015.