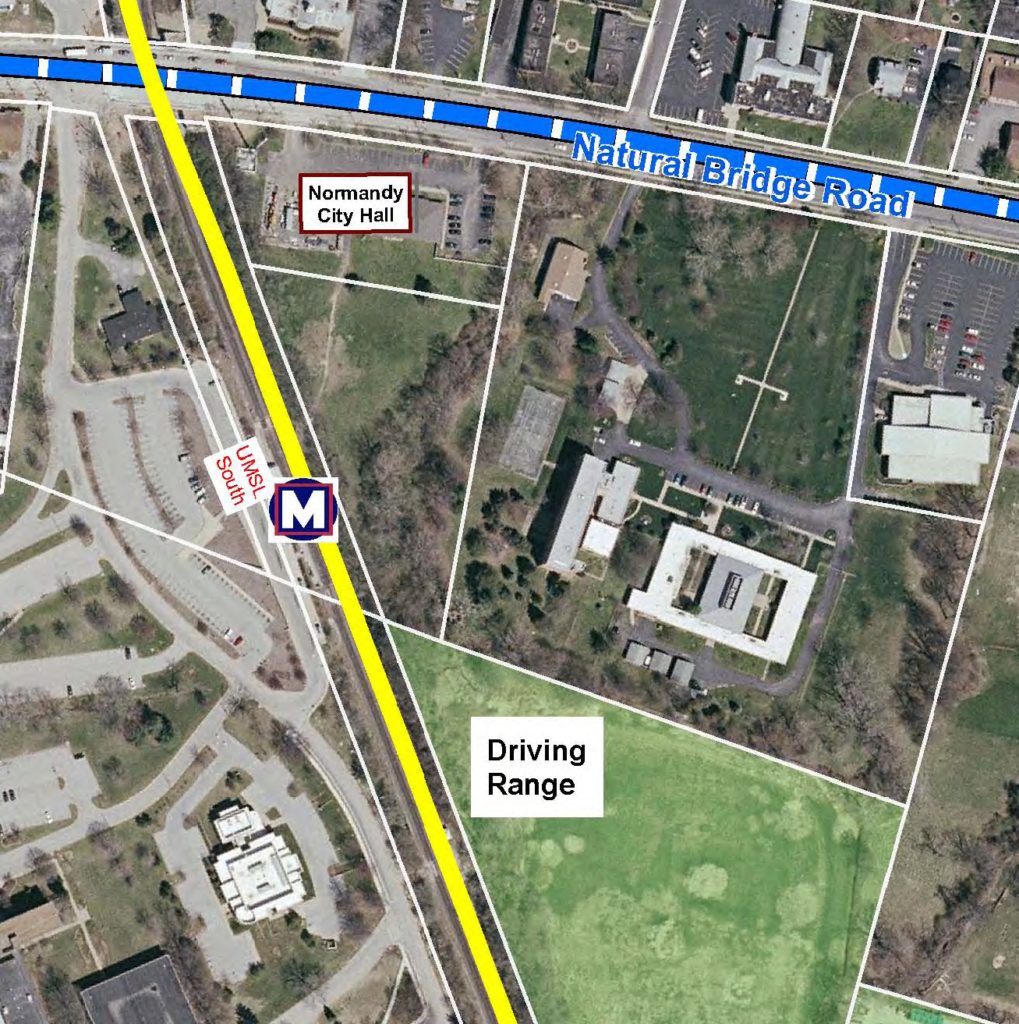 CMT in partnership with Metro charged a group of local experts from the ULI St. Louis Chapter called a Technical Assistance Panel (TAP) to look at the possibilities for  development at the UMSL South Station. This is the second TAP that CMT and Metro have commissioned – the first at the Belleville MetroLink Station. Thanks to the AGC St. Louis for underwriting this event.

CMT released today the full report provided for the UMSL SOUTH STATION.  One idea presented was the possibility of rebranding the area around the station as a retail/commercial/event space as Plank Street Station. There would be a new access road that would run from Natural Bridge to the Station. The City of Normandy is willing to move their City Hall location to another area within this possible development or a different area all together.

One of CMT’s main objectives this year is to promote the opportunities for development around light rail.  The TAPs provide a proactive way of moving the discussion along and getting the partners on board with transit. The stakeholders at the UMSL South Station including UMSL, the City of Normand, North County, Inc., Glen Echo Country Club, and many more were very excited about the possibilities for development including the idea of the Plank Street Station rebranding for the area around the station.