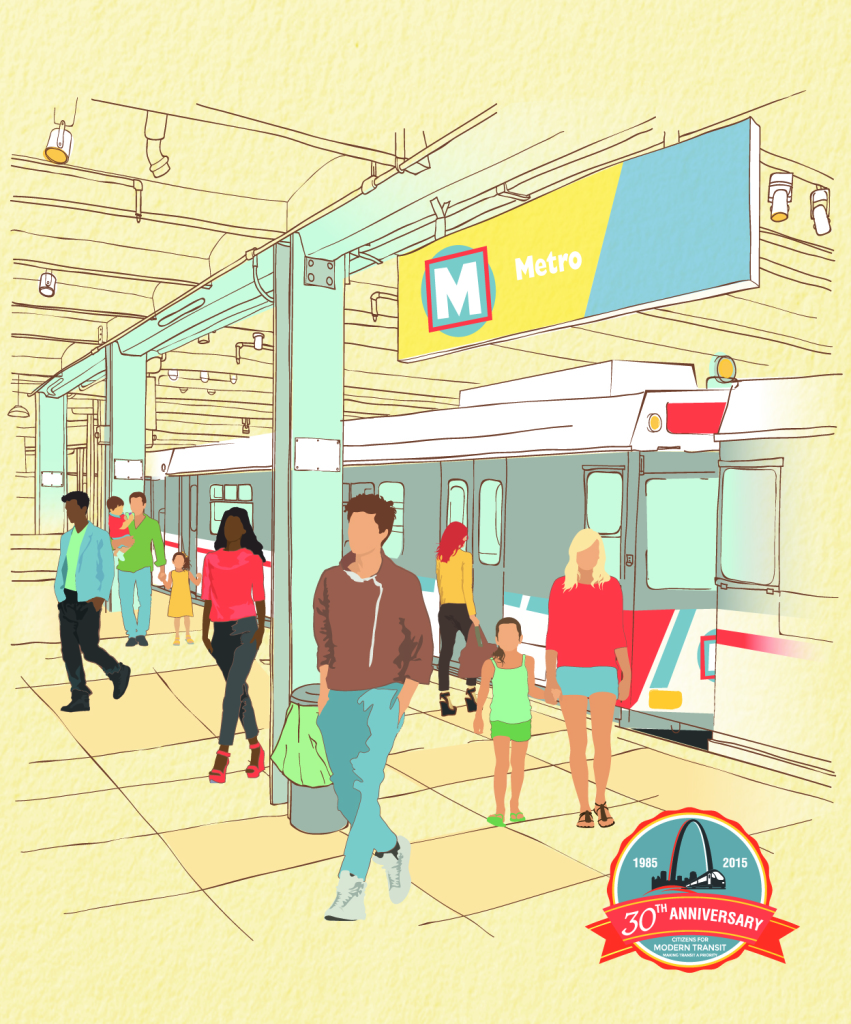 St. Louis Community College was recognized with the 2015 New Initiatives Award for the successful launch of a Universal Pass Program, known as U-PASS, designed to increase accessibility to education by providing students with reliable transportation options for getting to class. Implemented through a partnership with Bi-State Development, the U-PASS program enables all students and staff to ride the MetroLink and/or MetroBus an unlimited number of times throughout each semester.

The 2015 Chairman’s Award was given to the Ferguson Commission, in partnership with the Economic Inequity and Opportunity working group, for highlighting the need for appropriate state funding to improve and expand transit opportunities in the region. Strong statistical evidence suggests a vibrant public transit system helps move communities forward. An expanded, integrated transit system reaching more areas within the St. Louis region would also improve access to jobs and educational opportunities and serve as a reinvestment in under-resourced parts of our community.

“We salute St. Louis Community College and the Ferguson Commission for their efforts and leadership,” commented Kim Cella, executive director of CMT. “It is fantastic to see educational institutions and community organizations helping to increase ridership and advocating for the expansion of the transit system. I am excited to see what the future holds as we work collaboratively to further transit initiatives.”