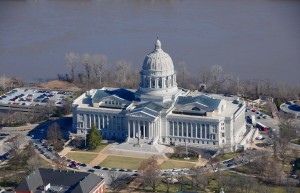 Various bills have been introduced in the MO House of Representatives and the MO Senate this session which would allow individuals with conceal/carry permits to carry their firearms on public transit buses, vans, trains, and other spaces owned or operated by a public transit provider.  In light of the current ongoing discussion in St. Louis on security on transit and the understanding that allowing firearms on public transit may serve as a detriment to ridership and has not been proven to enhance safety and security of the system, the Citizens for Modern Transit Board of Directors opposes any legislation which would allow carrying concealed weapons (CCW) on transit.

“A safe, reliable, affordable, and efficient public transportation system increases access to health care, education, and employment in our region. Access to transit addresses inequities identified by the Ferguson Commission, and public transportation is key to expanding opportunity for all St. Louisans.  However, ridership experience — especially safety and security on platforms, stations, trains and buses — must be a top priority. If the public does not have confidence in the system’s safety and security, they are less likely to use the system and support public transit. Allowing firearms on transit is not the answer to enhancing the safety and security of these systems,” said Kim Cella, Executive Director of CMT.

Following is the formal resolution passed by the CMT Board of Directors on March 10, 2016:

Whereas, the mission of  Citizens for Modern Transit is to lead efforts for an integrated, affordable, and convenient public transportation system with light rail expansion as the critical component that will drive economic growth to improve quality of life in the St. Louis region; and

Whereas, allowing firearms on public transit may serve as a detriment to ridership and has not been proven to enhance the safety and security of the public transit system;

THEREFORE BE IT RESOLVED the Citizens for Modern Transit Board of Directors opposes legislation which will allow individuals with concealed carry permits to carry on transit, and

BE IT FURTHER RESOLVED that penalties associated with carrying a weapon in an area currently prohibited by law, including property owned by a public transit agency (i.e. vehicles, stations, and platforms) shall be consistently deemed to be a felony violation.

SB782
The Senate Transportation Committee has heard testimony on SB782 introduced by Senator Bob Onder, Lake St. Louis. This bill would allow for individuals with concealed carry permits to carry their weapons on public transit buses, vans, and trains as well as onto property owned by the system.

If any of the following individuals represent your area, please contact them and inform them you are opposed to SB 782.