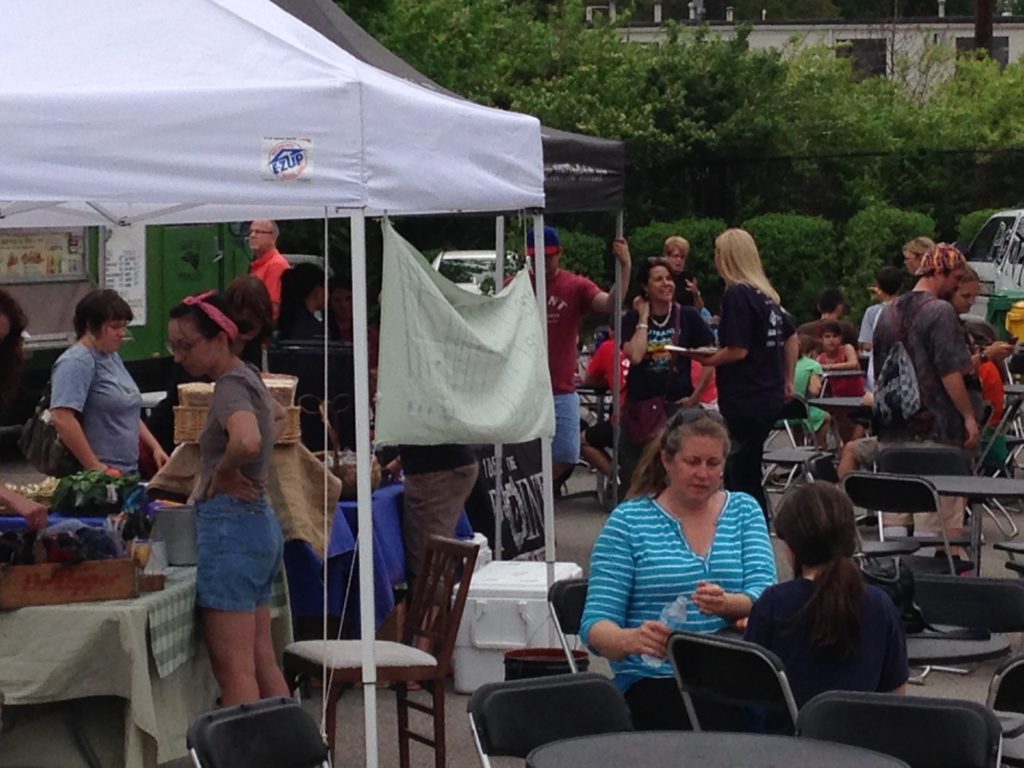 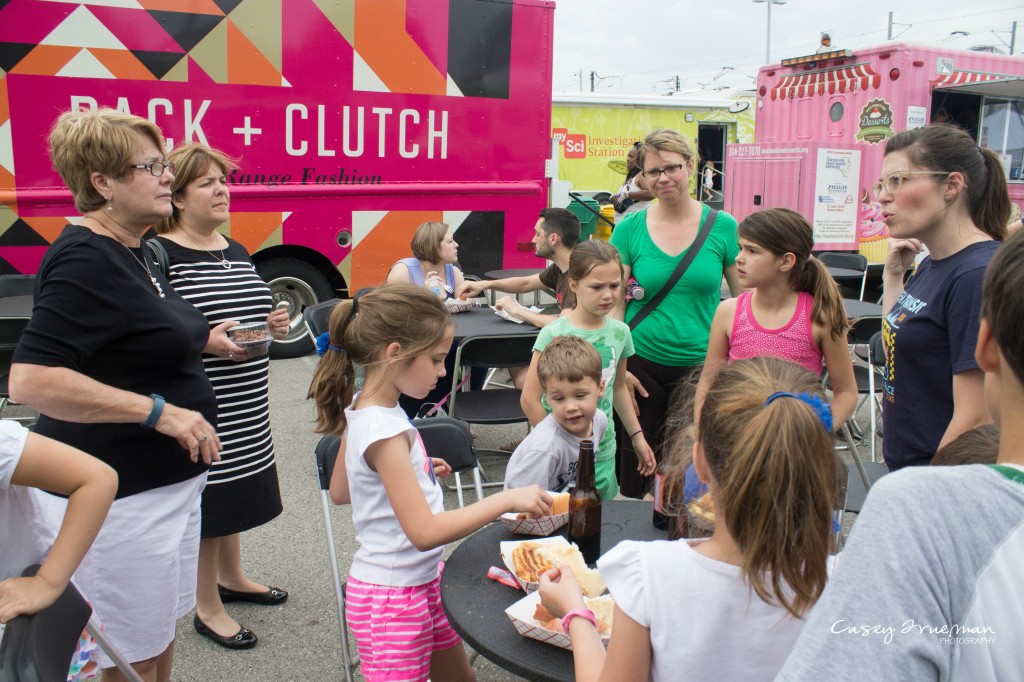 What better way to show potential development in an area than to actually have that development “pop-up” for all to see.  That was just CMT’s idea when it launched the CMT Metro Market at the finish line celebration of CMT’s Great Race on May 8 at the Shrewsbury-Lansdowne MetroLink Station.

Dining? Shopping? Entertainment? A Sea of Cars?  What kind of development would you like to see around the St. Louis region’s light rail system? Yes, that is the question Citizens for Modern Transit (CMT) asked the public on May 8 when it hosted  its first-ever Metro Market.

Over the past several years, CMT has worked to help the region understand the benefits of building livable, walkable communities near light rail. CMT’s efforts include a national lecture series, the creation of form-based overlay zoning, station area studies in partnership with the Urban Land Institute, and a policy brief on strategies for development in slow growth market around transit.

Additionally, the organization recently led a study to add a potential new station to the MetroLink alignment to spur even more development in the region.  We thought the best next step would be to put our words into action and give the St. Louis community the opportunity to see some of this type of investment in action.  When you board or deboard the train, what would you like to see, buy, or enjoy within walking distance of your transit ride? The Metro Market served as a live visioning session showcasing what could be in terms of shopping, eateries and entertainment at this, and other MetroLink stations, if the community invested in transit-oriented development.

What did we hear at the Metro Market? 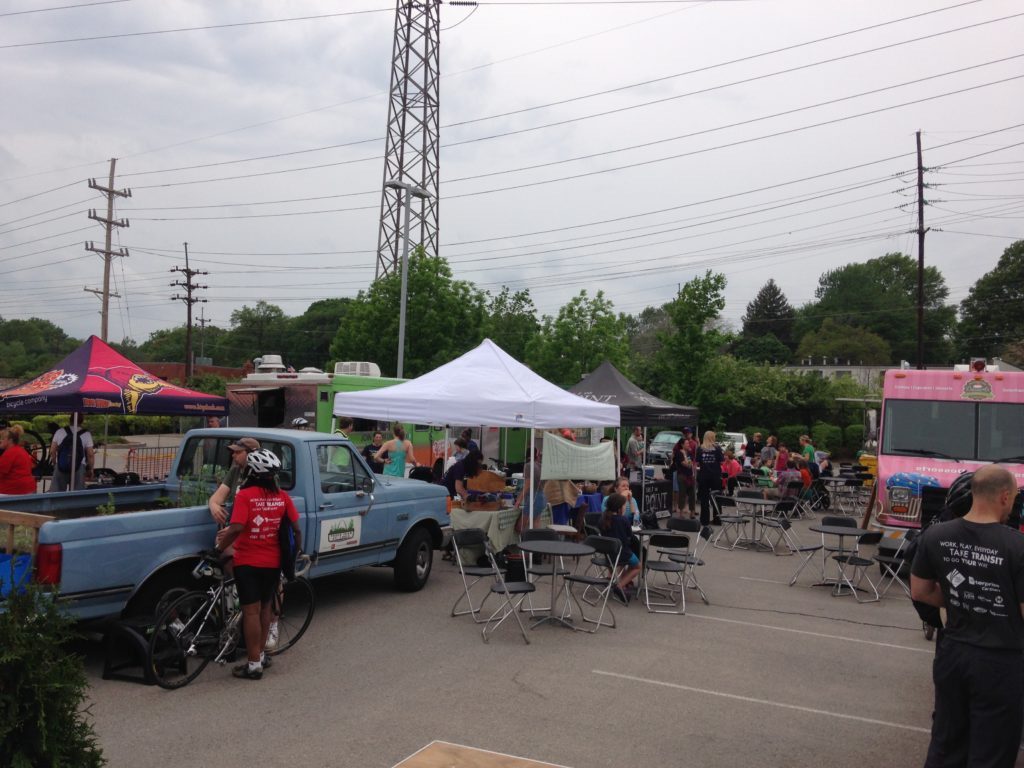 “This is exactly the type of destination I would like to see along the MetroLink. We would love to have more places to go like this by using transit and biking. I have three small children.  We need a mix of opportunities which are family friendly while accessible. Right now we are five minutes from this station but only come here to board the train to go somewhere else. Wouldn’t it be great to make this station and others destinations in themselves?” said Carrie Jokerst, an Affton resident.

“I want to see grocery stores, shopping, restaurants, entertainment options — at as many stations as possible! I am a grad student at Washington University without a car, and I rely on transit every day to get around. The more we can build up around our MetroLink stations -the more opportunities for people to use transit, to build synergy between stations and neighborhoods and the more chances to gather support for more transit in St. Louis,” said Lisa Cagle, a St. Louis City resident and current user of the #70 MetroBus and the train almost every day.

Other attendees talked about the need for a bike station or area for those linking biking and walking at the Shrewsbury Station with transit. Cafes, coffee shops, dry cleaners, eateries all popped up in conversations around this station and others on the alignment.

What did attendees think it would take to make this happen?  One attendee stressed the need for elected officials to get on board with public transit more and support development around the stations.  Whether through policy change or zoning, she said tools need to be in place to ensure good development can happen.

“Whether for work or play, the Metro Market has provided CMT the opportunity to meet with constituents through a live visioning session on the possibilities around the St. Louis light rail system. It was exciting for those of us who think about this every day to hear ideas from neighbors and visitors alike. One overarching theme we heard was destination stations are much more appealing to St. Louisans than a sea of parking. Once we think outside the ‘box’ around transit, the possibilities are endless,” said Kim Cella, CMT Executive Director.