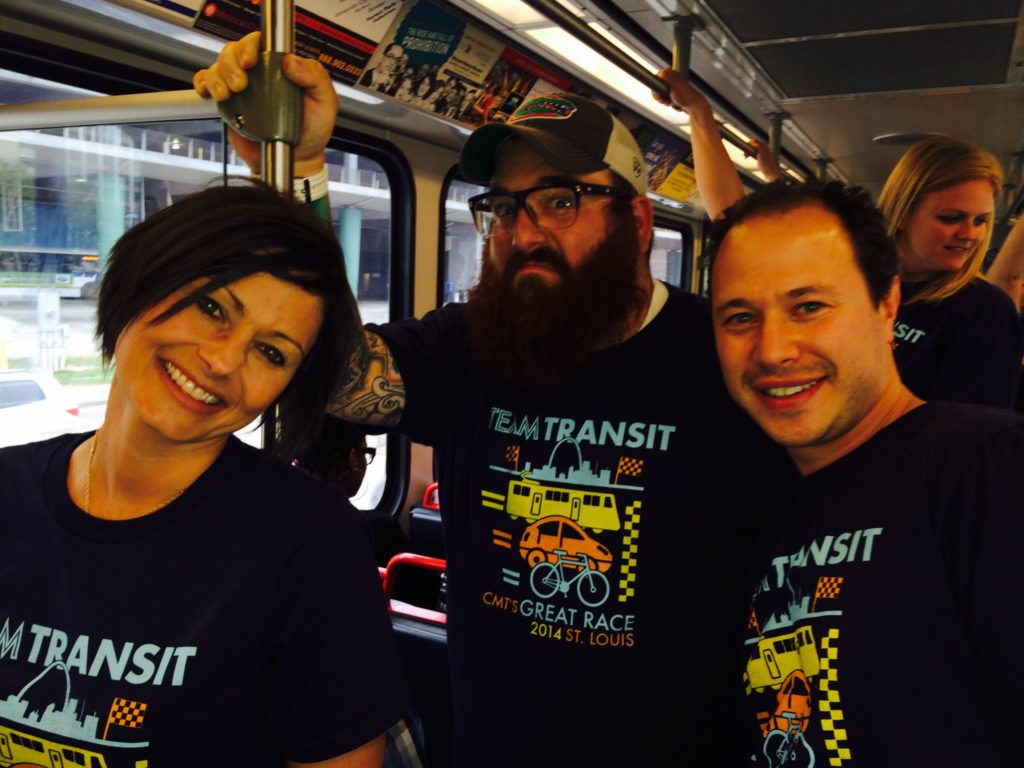 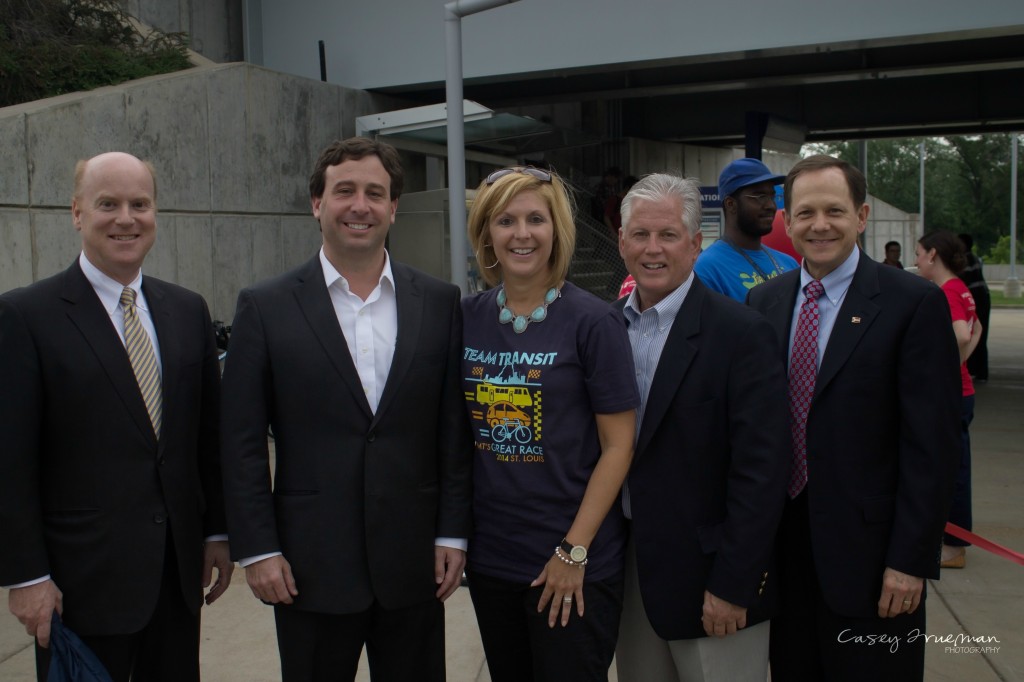 With local celebrities and media personalities from tv, radio and print dashing through the streets of St. Louis yesterday, CMT’s Great Race hit the mark in demonstrating to the St. Louis community viable transportation options are available for the work commute. 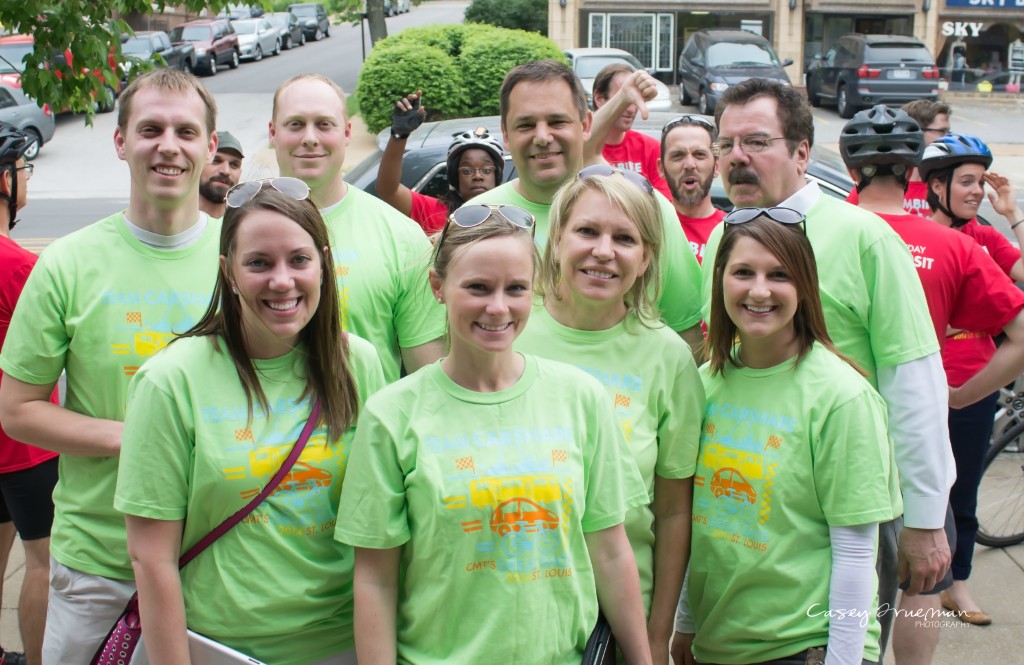 CMT’s Great Race, a take -off of  CBS television hit “The Amazing Race,” placed Team TRANSIT, Team BIKE, Team CARSHARE and Team CARPOOL in a head-to-head competition to see which alternative mode of transportation could travel from Clayton to Shrewsbury the fastest during the evening rush. Each team was comprised of a host of media personalities and other influentials. The race culminated with a Metro Market event, which served as a live visioning session showcasing what could be in terms of shopping, eateries and entertainment at this, and other MetroLink stations, if the community invested in transit-oriented development. It featured food trucks, retail, the MySci Investigation Station, a farmers market,  bike tune-up station; free bike helmet fittings; an upcycling station hosted by Perennial; information about alternative commuting options and recycling  and live music. This event also coincided with the official ribbon cutting of Great Rivers Greenway’s River Des Peres Greenway Trail. 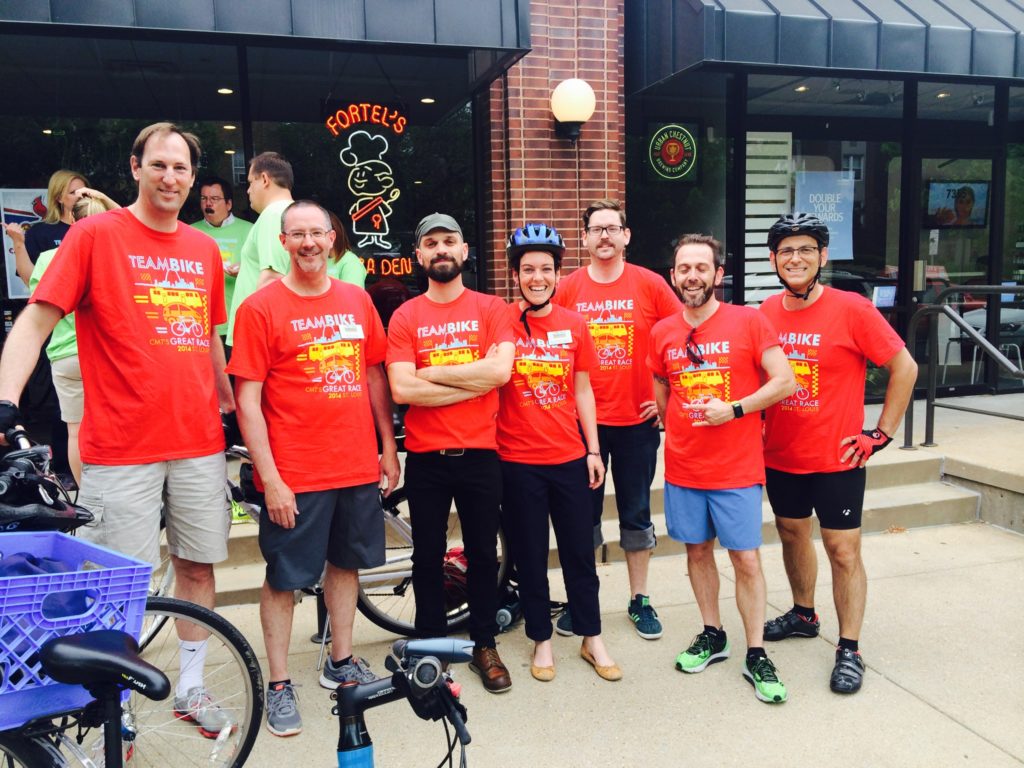 “The CMT Great Race is a great way for us to showcase St. Louis’ viable transportation options through a fun, interactive competition. The buy-in from our local media personalities from competing stations takes the fun to a whole new level. They are the true super stars of this event as well as our sponsors helping to educate St. Louis on its options. Special thanks to all of them,” said Kim Cella, executive director of CMT. 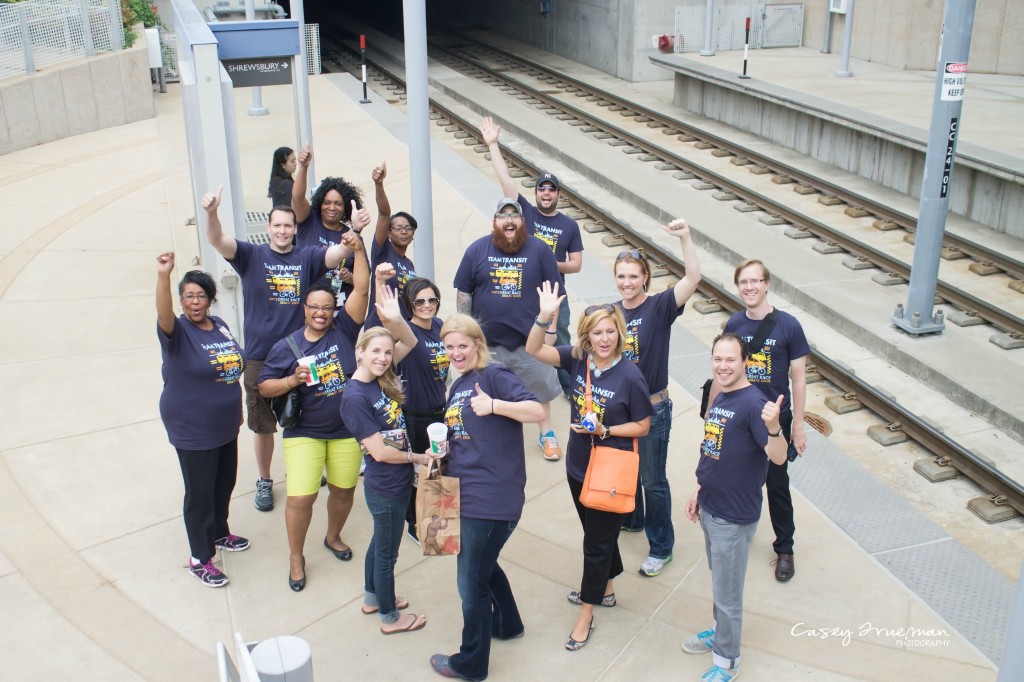