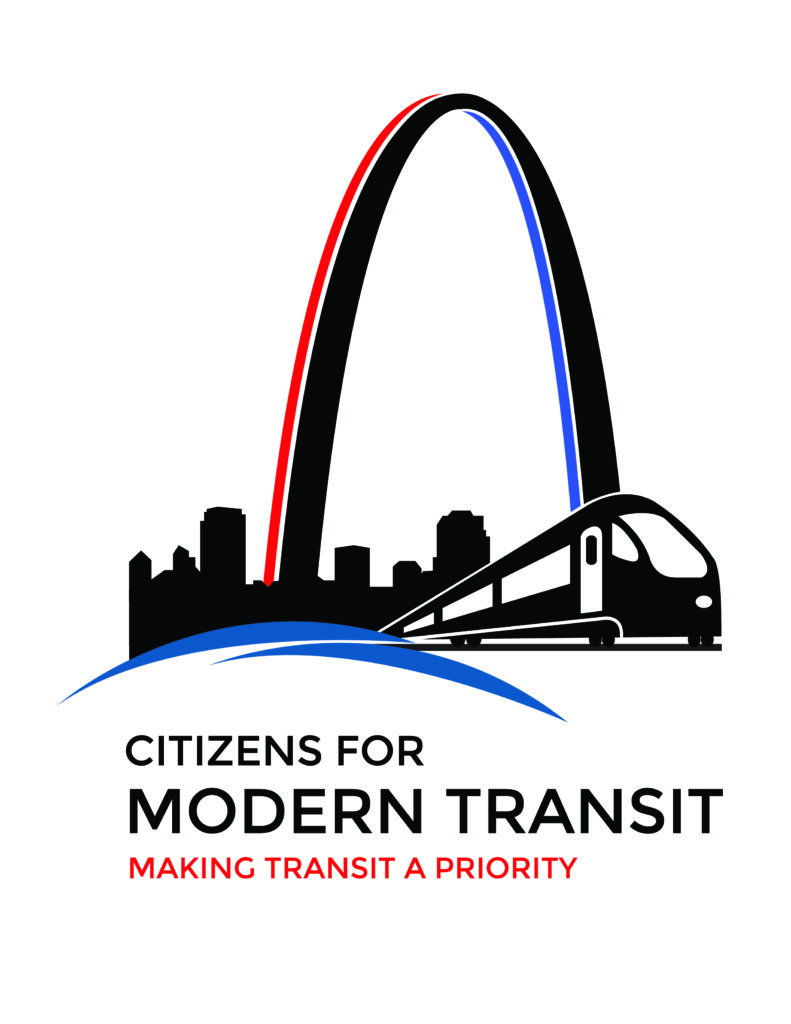 Citizens for Modern Transit (CMT) today announced it has commissioned a study of potential funding strategies designed to support public transit in the St. Louis region. The organization will partner with Transportation for America to conduct the six-month study which will aim to assess current fiscal capacity for transit expansion and operation, analyze the best practices of transit strategies nationwide, examine potential changes to state constitutional language or statutes that would create additional funding sources for public transportation, develop a revenue model to project receipts from different sources and develop a menu of possible funding strategies based on the analysis and findings for local consideration.

Currently in the St. Louis area, there are several potential transit expansion corridors and service innovations which have received extensive review by the region’s transportation planning organization, including the Northside/Southside and Daniel Boone light rail projects and the St. Louis Streetcar project, but an overall lack in funding has prevented any large-scale capital public transit project from moving forward. By commissioning this funding study, CMT is hoping to begin the process of  building the case for, and developing, long-term, sustainable public transit financing.

“Public transit is the key to bringing our community together, and CMT is committed to working with various partners in the St. Louis region to support the community’s existing bus, light rail and Call-A-Ride services,” said Kimberly Cella, Executive Director of CMT. “We firmly believe expanded, improved transit and increased ridership, along with affordable housing, good community design and bicycle/pedestrian access are key to improving the vitality of our community and creating a critical connection to each other.  This study represents the first step in exploring innovative and critical financing options that could provide potential funding sources to sustain, improve and expand public transit options for riders, communities and businesses across the St. Louis region.”

Despite being under-funded, the transit system currently in place in the region is a robust one in the jurisdictions it serves. MetroLink provides more than 17 million rides a year, making it the 8th largest light rail system in the U.S. In addition, MetroBus has 75 routes and 100,000 daily boardings, positioning it as the 30th largest bus system in the nation.

“In the jurisdictions where Metro is funded to operate, we have a proven record of success,” notes Bi-State Development Agency/Metro President and CEO John Nations. “In fact, 95 percent of St. Louis City and St. Louis County residents can reach 95 percent of the jobs in those areas, and that is a major factor in spurring economic growth.”

Cella notes however, that the opportunity to spur even greater economic growth lies in expanding the system so that access to jobs is even more convenient. “According to Transportation for America and the Brookings Institute, only 24 percent of the jobs in the entire metropolitan area can be accessed within 90 minutes via the current transit system,” said Cella. “What we want to see is a transit system in the St. Louis area that serves even more of our region, provides quicker access to jobs and the opportunity for all walks of life to ride together by connecting individuals to jobs, communities and each other.”

“Unfortunately, significant investment and expansion of transit does not happen overnight,” said Rose Windmiller, chair the CMT Board of Directors. “We are at a crossroads in the region with regards to transit.  We know there is a need for more services in this region, however, now we must find a funding source to meet those needs to connect our communities to jobs and each other, and that’s where this study comes in.”

To help provide context for the need to address the funding as a “job one” priority, one just needs to consider the costs associated with the proposed Northside/Southside light rail project. The region has listed this as an ‘illustrative’ project, meaning it is a regional priority but has no funding attached to move it forward. The project would require an environmental impact study that would take almost two years and $4 million to complete, followed by $2 billion and another four to five years of work to build it out, according to the metropolitan planning organization.

“It’s critical to have an understanding of what funding options may exist as we explore this and other options for expanding our transit system for the future, while at the same time continuing the transit project priority discussion,” noted Cella.

The funding study will kick off in this month and conclude in June 2015.

About Citizens for Modern Transit:

Citizens for Modern Transit, a nonprofit, member supported organization thatleads efforts for an integrated, affordable, and convenient public transportation system with light rail expansion as the critical component that will drive economic growth to improve quality of life in the St. Louis region.

About Transportation for America:

T4America is an alliance of elected, business and civic leaders from communities across the country, united to ensure that states and the federal government step up to invest in smart, homegrown, locally-driven transportation solution.