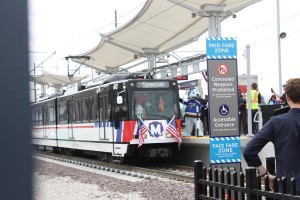 As CMT nears the end of its fiscal year on August 31, the CMT  Board of Directors adopted the 2019 Goals and Objectives at its August 24 Board of Directors meeting.  This coming year CMT will be focusing on the following issues to further its mission of support/advocacy for public transit:

In FY19, CMT will be focusing on building community support for transit, rebuilding ridership on the system, and monitoring efforts of those who provide safety for the system. Achieving these goals will require both the active engagement of the Board, a commitment by the Board to support the expenditure of appropriate financial resources, and support of CMT’s members and constituents.  Below is an outline of the key goal areas.