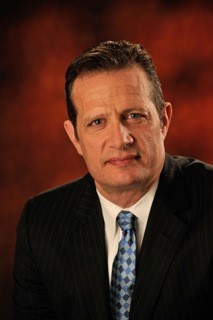 Bi-State Development officially announced their new CEO in December at a signing event at their headquarters. Taulby Roach, CMT Board member and longtime transportation consultant for St. Clair County, was named Bi-State Development Agency’s next president and CEO.

Roach began his role as President and Chief Executive Officer of Bi-State Development on January 1, 2019, with his top priorities focusing on ensuring the safety of Metro Transit riders and strengthening public confidence in the security on the system. He will work with the Board of Commissioners and staff of Bi-State Development, as well as other regional partners and stakeholders, to develop and implement strategies that support these objectives.
Roach, who lives in the Central West End, began working for the St. Clair County Transit District(SCCTD) in 2002, previously serving as the Chief Financial Officer for the organization. The district contracts with Bi-State/Metro to provide bus service there and oversees other activities. At SCCTD he led the planning, design, management and execution of numerous capital grant projects, budget and policy initiatives, and innovative transit and transportation programs. He established and implemented the River Bridge District transportation infrastructure development, reorganized St. Clair County MetroLink Extension project, and conceived and developed MetroBikeLink. Roach has been a member of the CMT Board of Directors since 2016.
As a private consultant, he has supported numerous regional projects, including the development of the Gateway Transportation Center in downtown St. Louis as well as the negotiation of engineering contracts and right of ways for the St. Clair County MetroLink Extension.
Roach earned his bachelor’s degree in history at Regis University and his master’s degree in public policy and administration from the University of Missouri. He also earned the Executives in State and Local Government Certificate Program from Harvard University.