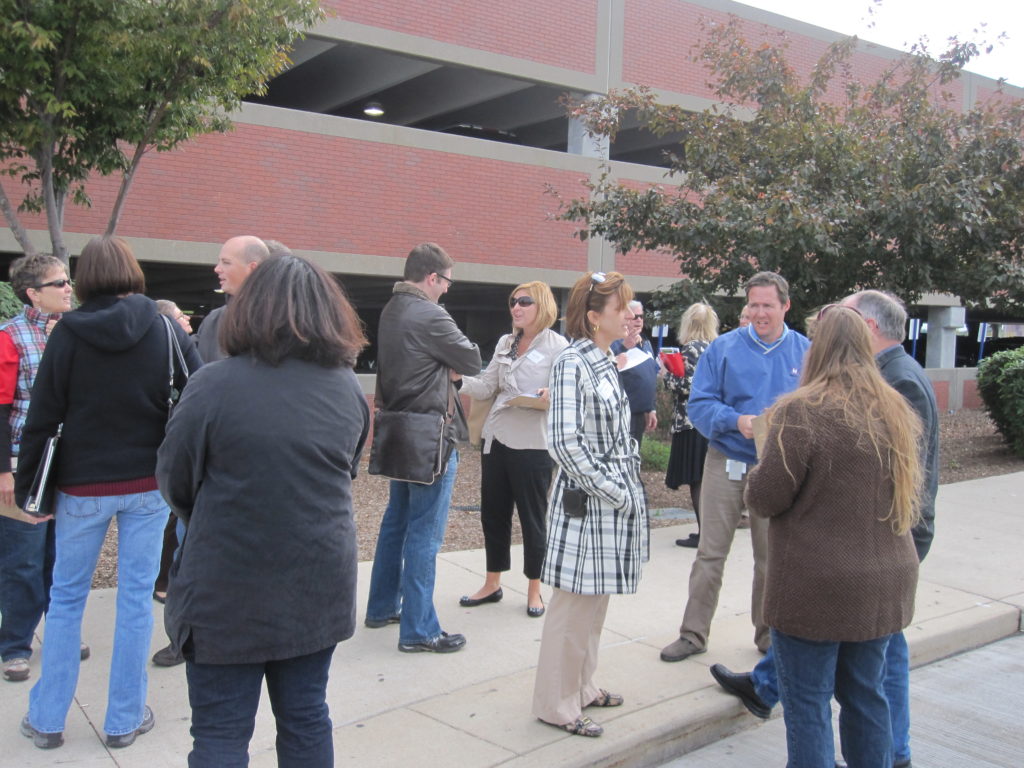 Citizens for Modern Transit has been awarded a grant by the Missouri Foundation for Health to continue its work on Transit Oriented Development policy in the St. Louis region.

Quality housing and neighborhoods are vital to community health and well-being.  St. Louis has an asset which could serve as a catalyst for quality development if used correctly: the MetroLink system. CMT advocates for redeveloping and revitalizing existing neighborhoods around MetroLink stations with Transit Oriented Development (TOD) with the development of compact, walkable communities centered around high quality transit systems making it possible for neighborhood residents to live a healthier lives.

CMT will work through our new TODpolicylink II grant with Metro, the City of St. Louis, St. Louis County and local governments/partners along the line to build on the success of the TODPolicyLink grant to create and implement Form Based Zoning overlay codes  for two station areas – one in the City and one in the County – to increase the connectivity of neighborhoods and increase physical activity within them, provide options for healthy eating and link residents to jobs.

This grant gives CMT the opportunity to be proactive and provide communities with stations hands-on tools to move good, right-sized development forward around MetroLink.

The one-year grant is set to begin on December 1, 2012.  For the past year, CMT has been laying the groundwork with its TODPolicyLink grant including holding onsite Walkabouts including discussions with key stakeholders in the areas, creating station specific policy briefs, building a database of supporters in communities along the alignment, and creating “10 Strategies for TOD in a Slow Growth Market.”