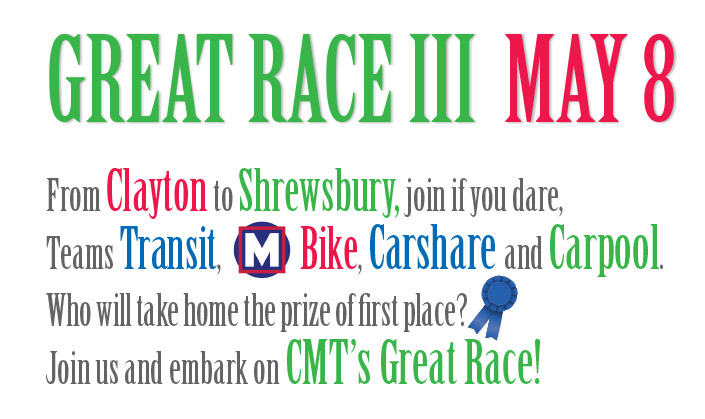 It’s hard to believe the Great Race is just a little more than a month away. I hope you are all getting pumped for the excitement surrounding May 8. This year’s race will start at the Fortels Pizza Den (7359 Forsyth Blvd., St. Louis, MO 63105) at 4:30 p.m. and culminate at approximately 5:30 p.m. at the Shrewsbury Lansdowne MetroLink Station (on Lansdowne Avenue at River Des Peres Blvd) with the Metro Market event, which will continue until 7 p.m.

We have gotten a lot of interest from the media and other influentials again this year! Below is a breakdown of the team allocations. Drum roll please …

A representative from Great Rivers Greenway

A representative from Metro

A representative from STL Style

Representatives from Citizens for Modern Transit

There may be a few more additions in the next couple of weeks and we will keep you posted! 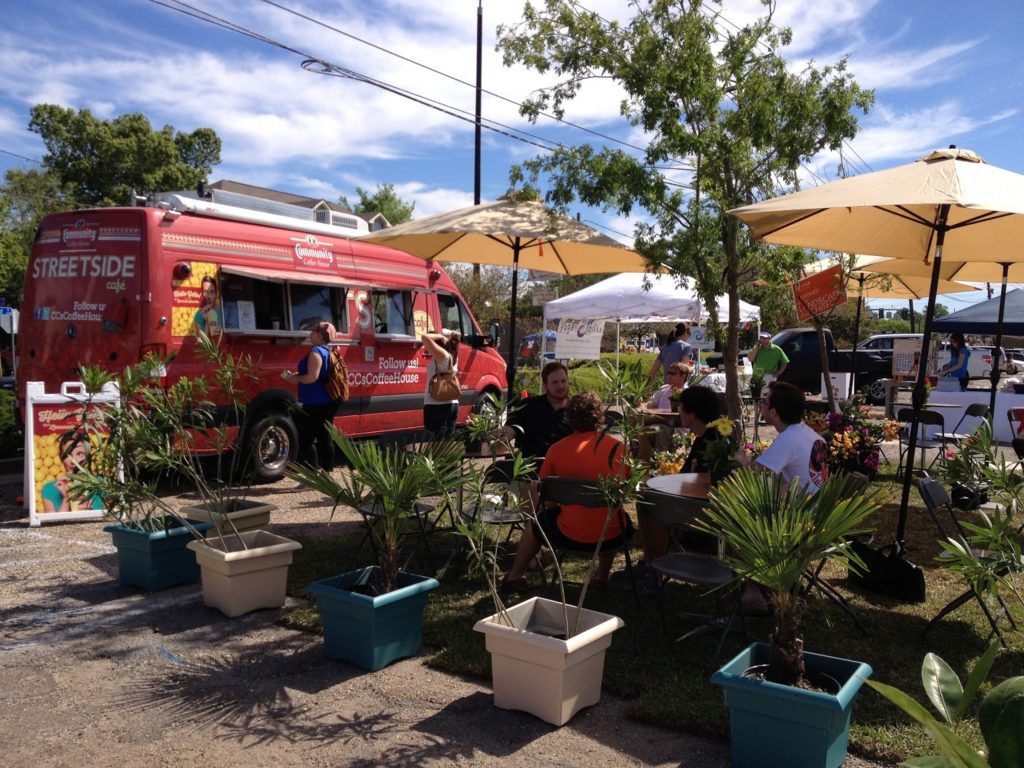 Please consider joining in the fun at the starting line or the Finish Line Celebration at the Shrewsbury MetroLink Station for the Metro MArket which begins at 5 p.m. Enjoy the Metro Market event, which will feature three food trucks including Taco Truck STL, 2 girls 4 wheels and destination desserts, the retail truck Rack + Clutch, MySci Investigation Station, a Fresh Market, The Rita Rosamond Band, giveaways from 105.7 The Point and more. This event will also coincide with the official ribbon cutting of Great Rivers Greenway’s River des Peres Greenway Trail on the River des Peres Greenway.