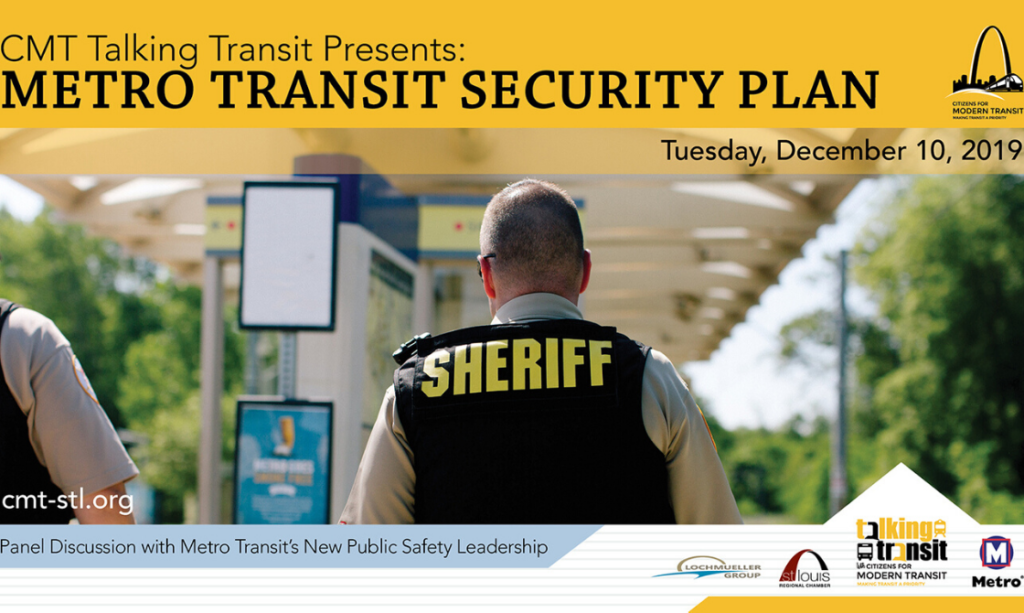 Transit safety is a top regional priority, and leadership continues to take a very active role in addressing challenges, making changes and helping the community regain confidence in the system. Citizens for Modern Transit will be using its “Talking Transit” event, set for Tuesday, Dec. 10, at 8:30 a.m. at the St. Louis Regional Chamber Collaboration Center (13th floor), as a forum for updating the public on transit security efforts. Attendees will learn about Phase II of the MetroLink Security Assessment before Metro Transit’s New Public Safety Leadership Team takes part in a panel discussion. Registration can be completed online at www.cmt-stl.org or by arriving early to the event. The cost is free for CMT members and $10 for non-members. A limited number of scholarships are available to those with personal financial constraints.

“Much has been accomplished in recent years relative to safety and security concerns on transit, but there is still work to be done,” said Kimberly Cella, executive director of Citizens for Modern Transit. “I look forward to this update and continuing to see local leaders come together for the greater good of transit riders and the entire St. Louis region.”