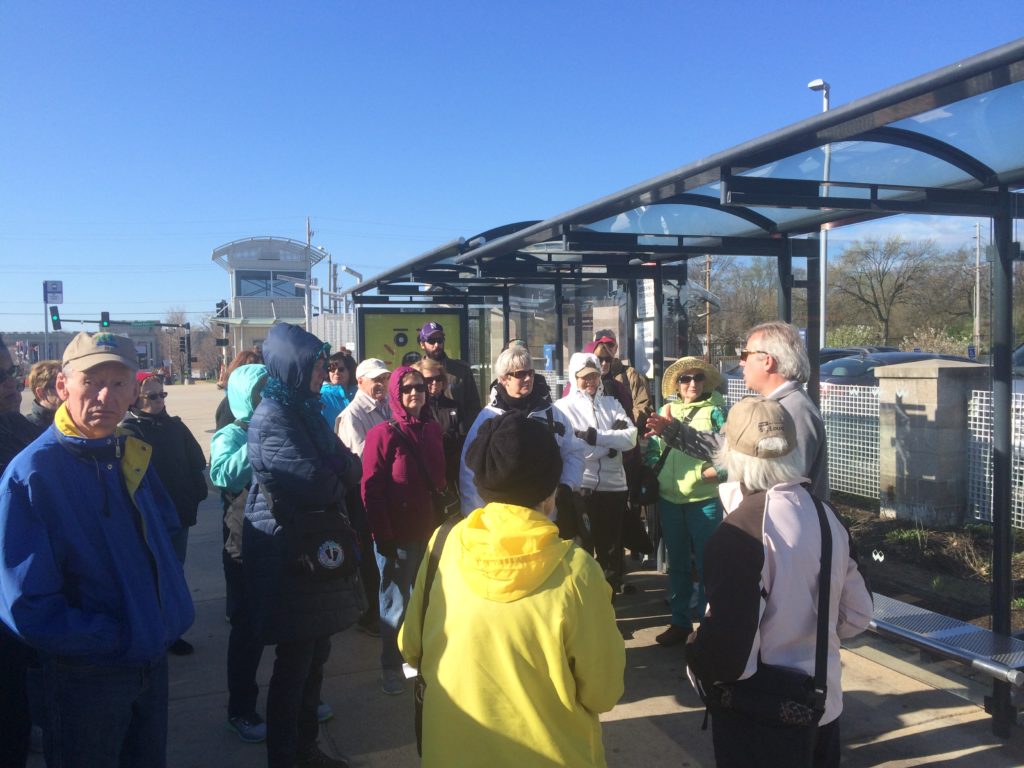 Citizens for Modern Transit (CMT) and announced it will be teaming up with Metro, East-West Gateway Council of Governments, St. Clair County Transit District, the Organization for Black Struggle and local law enforcement to pilot a MetroLink Access Project designed to help improve fare validation at three highly utilized MetroLink stations. The initiative is among multiple collaborative efforts underway across the region to prioritize and ensure safety and security on the MetroLink System. In the past year alone, there has been increased law enforcement presence on the system, commuters have been given the opportunity to download a personal safety smartphone app free of charge and an extensive MetroLink Security Audit is currently underway

The MetroLink Access Project will kick off on Monday, Sept. 10, at the Forest Park-DeBaliviere, North Hanley and Fairview Heights MetroLink stations. Over a four-week duration, contracted security officers, with the support of local law enforcement, will monitor and enforce fare validation for 21 hours each day. The goal is to establish a temporary access control plan that utilizes personnel and environmental design changes to help better monitor and manage patrons arriving and departing from the stations with the intent of enhancing security and validating fares.

“Access control is a key to deterring fare evasion and ensuring the security of the transit system,” said Kimberly Cella, executive director of Citizens for Modern Transit. “CMT is committed to assisting with the development of both immediate improvements and longer-term strategies to ensure the safety and security of all riders on the system. Our hope is that this pilot will provide evidence-based metrics on fare enforcement. The findings will help further the full-scale MetroLink Security Audit being led by WSP USA, Inc.”

Each of the three stations will have designated platform entrance and exit areas, so MetroLink riders are asked to follow the directional signage to help prevent delays. MetroLink riders using these project stations are also encouraged to have their passes, tickets and valid fares out before they arrive at the checkpoints so they are ready to show them to the officers. This will help keep lines moving during peak commute times and speed up the process of riders getting to the platform to catch their trains. Metro Ambassadors will be at the three stations on September 10 and September 11 to assist riders during the morning and evening rush hour commute.

“Safety and security on the Metro Transit system requires a well-defined and coordinated approach, including personnel presence, partnership with regional law enforcement, technology, and station design,” said Jessica Mefford-Miller, interim Executive Director of Metro Transit. “This pilot project will help us better understand the role that station design plays in this approach.”

The MetroLink Access Project is being underwritten by Citizens for Modern Transit with the help of Metro. 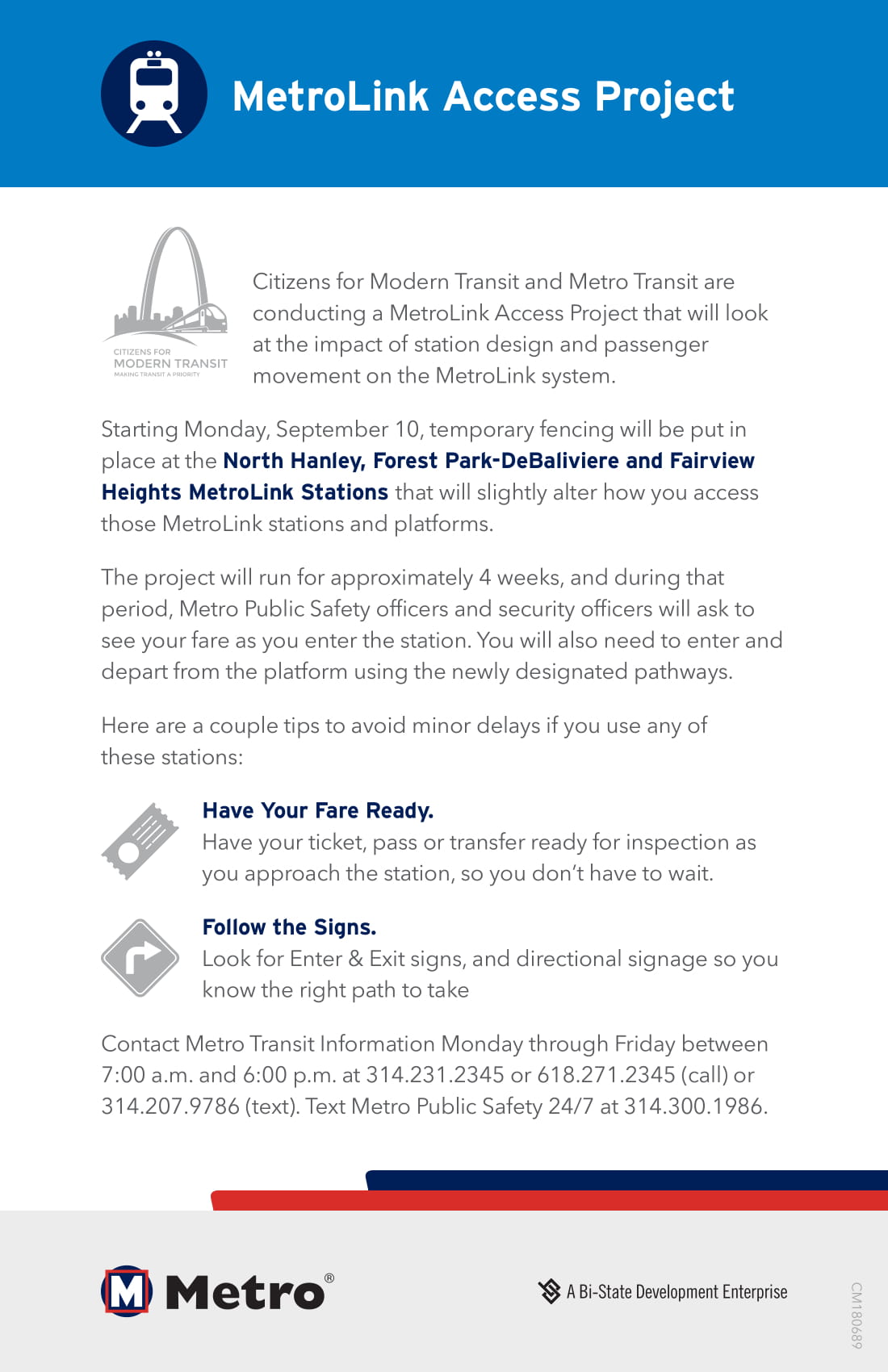