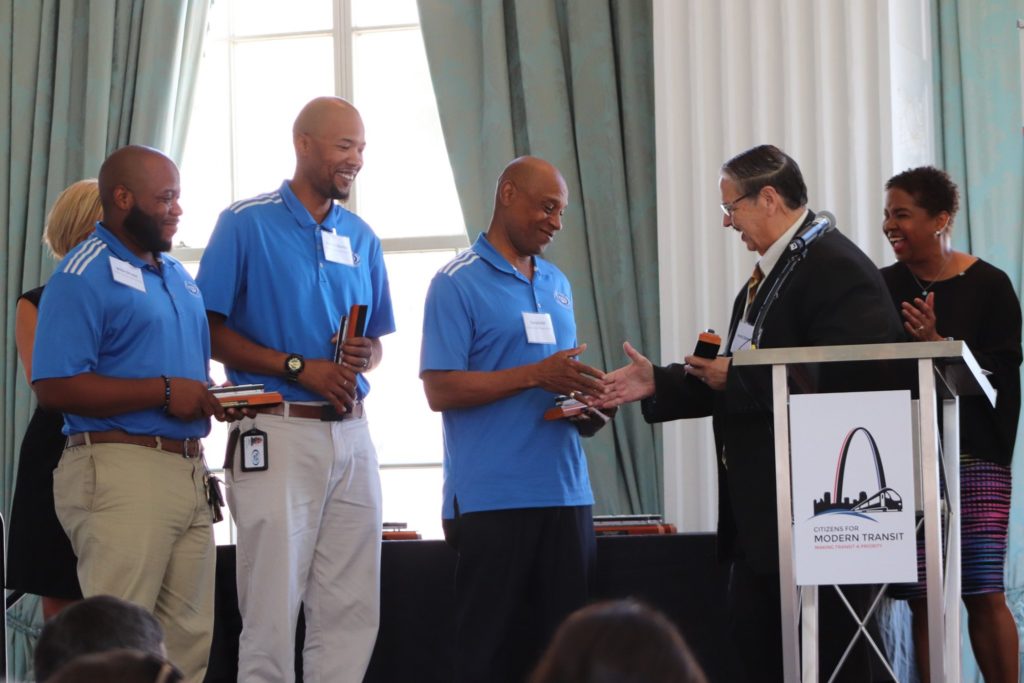 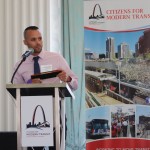 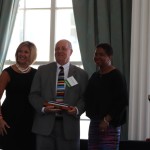 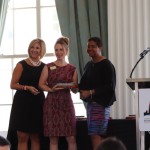 As part of its 35th annual meeting, Citizens for Modern Transit (CMT) recently celebrated the incredible efforts of several individuals and organizations for their exemplary commitment to championing transit in the St. Louis area. During the event, which was held last week in downtown St. Louis, CMT presented the 2019 Chairman’s Award to six Illinois legislators for securing financing for the extension of MetroLink to MidAmerica St. Louis Airport, the 2019 New Initiatives Award to St. Clair County Transit District (SCCTD) for the establishment of a rider ambassador program, and the 2019 Service Award to long-time CMT board members. University of Missouri–St. Louis was also recognized for winning the 2019 College Transit Challenge.

SCCTD received the 2019 MPTA Transit Champion Award in recognition of its new ambassador program, designed to establish and maintain relationships with current transit riders and help further the sense of safety and security on the system. Ambassadors ride the trains and buses daily, answering questions, lending a helping hand and spreading smiles. Efforts are already starting to help restore public faith in the transit system and build back ridership. Ambassadors Donald Hill, Marcus Blanton and Willie Drisdel accepted the award on behalf of SCCTD.

CMT Board Members Jim Fredericks and Len Toenjes were honored with the 2019 Service Award for their longtime service to the organization, which collectively has spanned more than 20 years. Fredericks was elected to the board in 2011 and served as vice-chair and legal counsel. Toenjes joined the board in 2008 and has served as vice-chair and on several committees throughout his tenure. Both have brought professionalism, insight and priceless expertise to the organization amidst an ever-changing political environment. Both Fredericks and Toenjes have agreed to serve on committees moving forward.

Citizens for Modern Transit, Metro Transit, St. Clair County Transit District, the Bureau of Transit Police and Metro Transit Public Safety Officers teamed up with St. Louis Community College, Saint Louis University, Southwestern Illinois College, University of Missouri–St. Louis, and Washington University in St. Louis to host the first-ever College Transit Challenge on Aug. 28.  Throughout the day, those affiliated with the respective schools could help their college or university win by taking MetroBus or MetroLink and checking in via Facebook, Instagram or Twitter – with a status update or photo using #iTakeTransit, along with a mention of their school. The University of Missouri–St. Louis had the most participation and was officially named the winners of the 2019 College Transit Challenge.