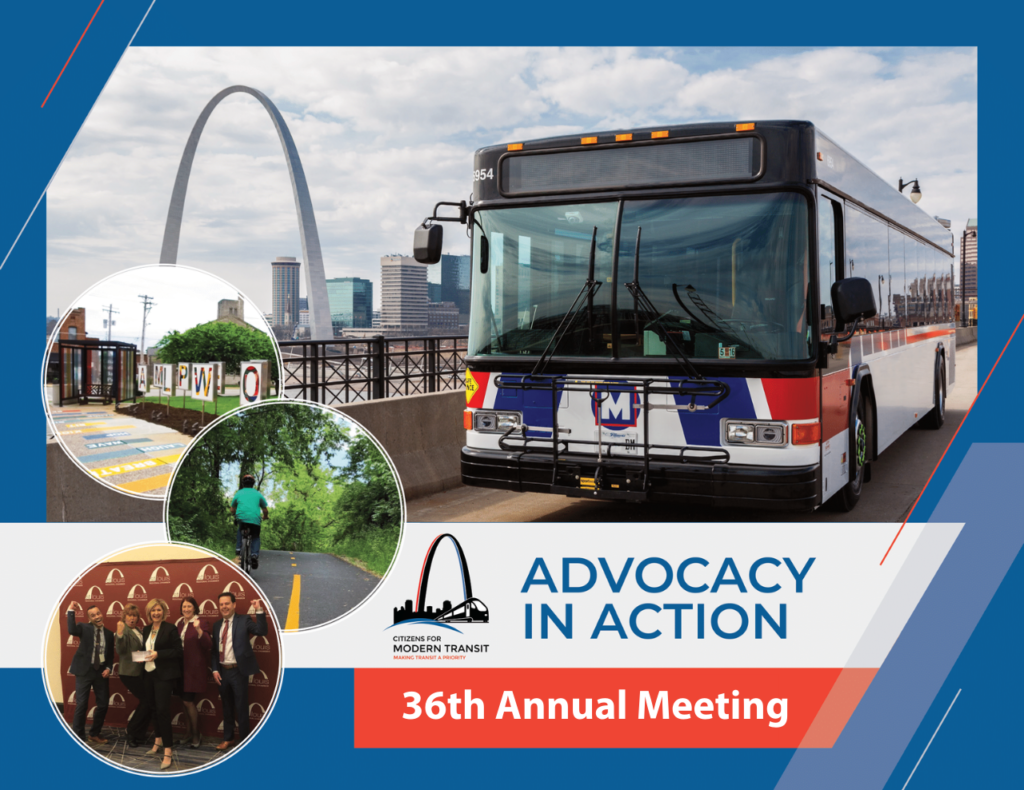 The region’s transit advocacy organization, Citizens for Modern Transit (CMT), has announced it has elected Aaron Burnett of Bywater Development Group, Dustin Ramage of the Southwestern Illinois Laborers’ District Council and Len Toenjes of the Associated General Contractors of Missouri as the newest members of its Board of Directors. All three members were elected during CMT’s 36th Annual Meeting, held virtually on Sept. 17, and will each serve a three-year term. During this event, CMT also appointed eight other board members to officer positions, where they will each serve in their respective roles for a one-year term.

Burnett is one of the founding members of Bywater Development Group. He possesses over 20 years’ experience in housing and community development, with special expertise in structured finance. He has been involved in the successful development of over 800 high quality apartments and homes, involving a vast range development types including historic rehabilitation/adaptive re-use, new construction, transit-oriented and mixed-use. He resides in the Tower Grove East neighborhood of St. Louis.

Toenjes is the president of the AGC of Missouri. He also serves as a trustee on the AGC of America Education and Research Foundation, chair of the Missouri Workforce Development Board, an appointee to the Missouri State Board of Mediation, chairman of St. Louis Metropolitan Sewer District Rate Commission, and an executive committee member of Missourians for Transportation Investment.  He is a Certified Association Executive by the American Society of Association Executives and has authored six construction related textbooks currently published by American Technical Publishers. He resides in University City.