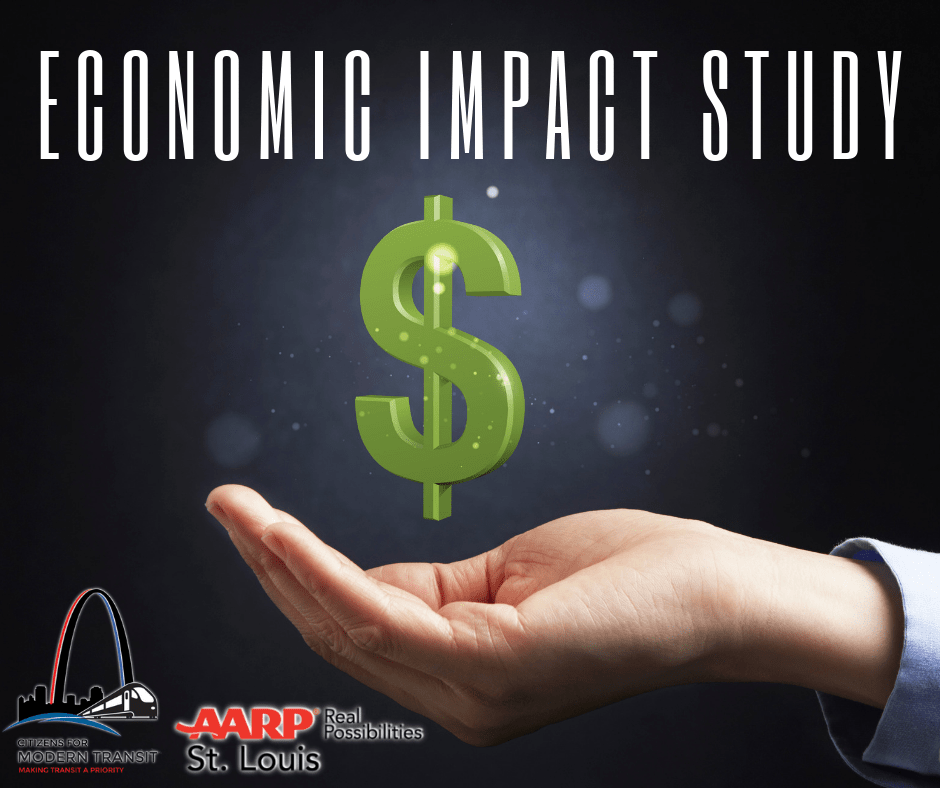 Citizens for Modern Transit, in partnership with the Missouri Public Transit Association and AARP St. Louis, today announced it is commissioning a study to help quantify the impact public transportation has on urban, suburban and rural communities statewide. The organizations hope the findings of this six-month Economic Impact of Public Transit Services in the State of Missouri study will reinforce the significance of public transit access and the role it plays in Missouri’s economic viability.

The first-of its-kind study will be conducted by Robert M. Lewis, FAICP, CEcD, who is an independent consultant and assistant professor of Urban Planning & Development at Saint Louis University. It will analyze the effect of public transit on the economies of Missouri and the St. Louis metropolitan region. Because little quantitative public transit data in Missouri exists, this study will seek to define the current public transportation landscape, rider demographics and spending by transit agencies across the state. It will also measure economic impacts triggered and reinforced by public transit.

“Public transportation goes far beyond simply getting people where they need to go,” commented Kimberly Cella, executive director of both Citizens for Modern Transit and the Missouri Public Transportation Association. “We hope this study will help riders, non-riders, elected officials and stakeholders better grasp the impact of transit and understand how important it is as a Missouri investment.”

Once the study is complete, Citizens for Modern Transit will use the findings to continue to build the case for more state and federal funding for transit.

“Transit systems across the nation receive approximately 40 percent of their annual operating budgets from their respective states, but this is not the case in Missouri,” Cella added “Many local transit providers get less than one percent of their annual operating budgets from the state. A safe, reliable public transit system plays an important role in ensuring our state remains economically viable. Whether people chose to ride it or not – it matters for Missourians. And, this study will hopefully allow us to better showcase why.”