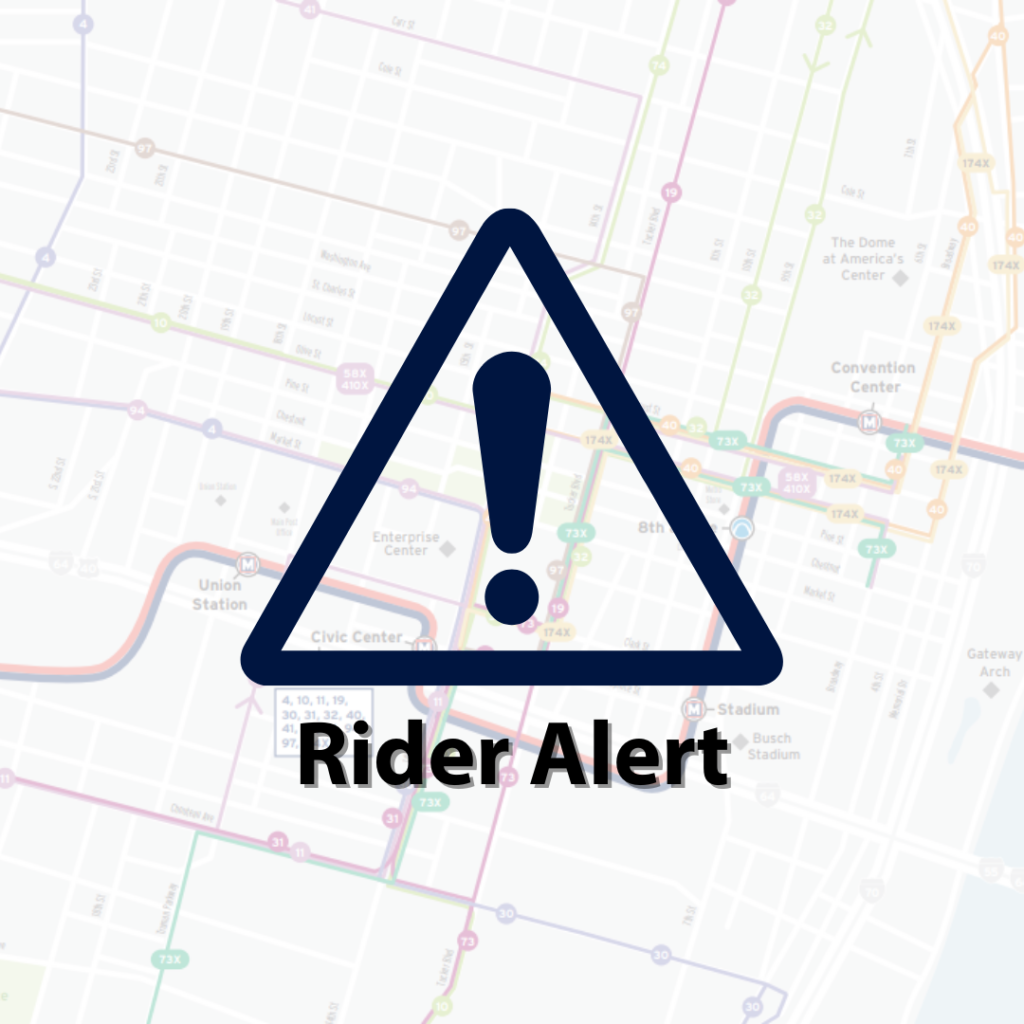 Changes in place for four months due to bridge replacement project

Two MetroBus routes will be impacted starting Monday, May 2, by the Missouri Department of Transportation (MoDOT) bridge replacement project on Manchester Road. MoDOT will close Manchester Road west of Hanley Road to replace the bridge over Black Creek, and the road closure is expected to be in place for four months. The impacted MetroBus routes are the #31 Chouteau and the #57 Manchester.

Beginning May 2 and through the duration of the road closure, the following MetroBus changes will be in place:

MetroBus customers who use these routes may need to make adjustments to their commutes and should allow extra time to avoid any potential delays. New schedules and route maps for the #31 Chouteau and #57 Manchester can be found on the Upcoming Schedule Changes page of metrostlouis.org and on the Transit app.