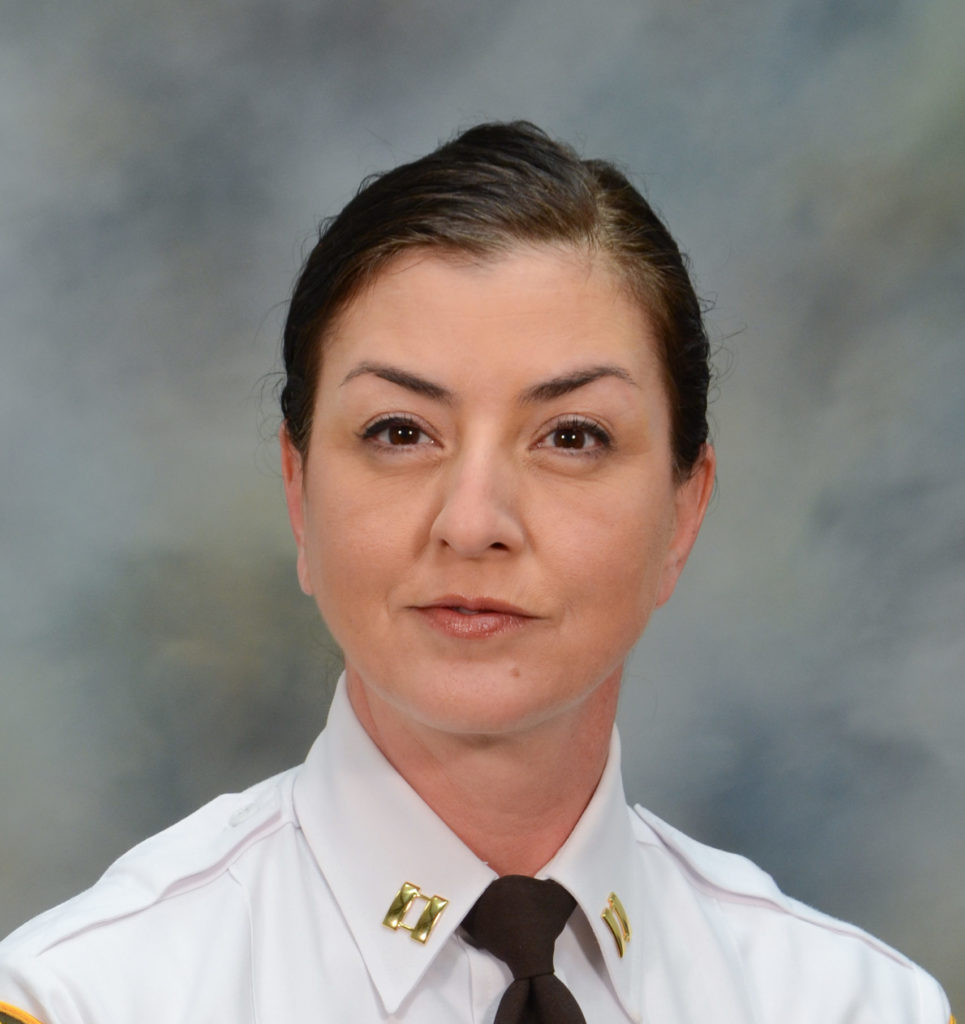 Captain Melissa Webb is the new Commander of the Bureau of Transit Police, fulfilling the role of Captain Scott Melies, who has returned to serve in the Division of Patrol. The Bureau of Transit Police is responsible for patroling the MetroLink system including stations, platforms, MetroBus transfer centers and trains.  The bureau includes officers from St. Louis County Police Department, St. Louis Metropolitan Police Department and St. Clair County Sheriff’s Department

Captain Webb’s most recent assignment was as the Commander of the Affton Southwest Precinct. She joined the Department in 1995 and has been a Captain since December of 2016. She has previously served in the Bureau of Crimes Against Property, Bureau of Crimes Against Persons, Bureau of Communications, West County Precinct, Affton Southwest Precinct, and the South County Precinct. Captain Webb earned a Bachelor’s Degree in Business Management at Webster University. Captain Webb has received 33 awards, commendations, and letters of appreciation.