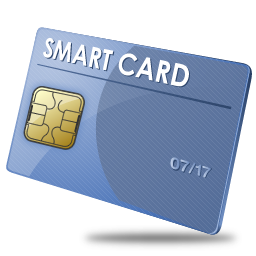 By CMT Intern, Sarah Casteel:  Advancing technology has led to increasing convenience in many aspects of our lives.  In fact, the Metro system has the potential to become the most convenient method of transportation for commuters in Saint Louis.  Luckily for these commuters, an important new aspect of public transportation is on its way.

The smart card: a contactless, prepaid metro fare card, has been implemented in cities large and small all over the world.

Benefits of Smart Cards in other cities:

With just a wave of a card in other cities, commuters are able to enter a station and travel to their desired destination.  Upon exiting the station, the commuter again taps his card against the scanning device, allowing the card to be charged for the distance traveled.

In addition to being able to reload the card online, smart card users also save time by avoiding the hassle of purchasing daily or monthly paper passes.  For those who do not have internet access, funds can even be added to smart cards in the ticket vending machines at the station.  In fact, for those who have a credit card linked to their smart card account, a tap on the scanner of a ticket vending machine can renew the balance of the card to the commuter’s pre-determined amount.

Another benefit of the smart card system is increased fare security: in many transit systems that use smart cards, every commuter’s fare must be validated before they are able to enter or exit a station.  For example, in Washington DC, the SmarTrip system requires that upon entering and leaving a station, each commuter must walk through a faregate which only opens once a valid fare is detected.

The positive impact of smart cards on ridership has been proven with the EASY card in south Florida.  Within two years of implementing the program, transit ridership increased by over a million riders.  In addition, EASY cards and tickets were deemed as the most utilized type of fare offered.

Metro will be introducing a smart card system to the St. Louis region and is working on its implementation.  The project will require new ticket vending machines, an online system to renew smart card balances and more. Currently a group of volunteers has agreed to test out the St. Louis system to help troubleshoot any issues. There is no exact launch date as of yet for the program.

The advantages of implementing smart cards span the public transit experience, focusing on providing convenience for commuters and ultimately doing so for the whole Metro transportation system.  The ease with which a smart card commute takes place has led to increased ridership in other cities. “We hope the St. Louis Smart Card program provides just one more incentive for residents to get on board and give Metro a try,” Said Kim Cella, CMT Executive Director.