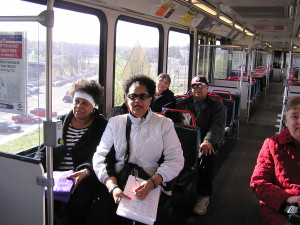 The Board of Aldermen passed Board Bill #37 today creating an ordinance authorizing a mutual aid agreement for St. Clair County Sheriff’s deputies to provide law enforcement services on the Missouri side of the MetroLink system.

Alderman Terry Kennedy introduced Board Bill 37 at the April 27 Board of Aldermen Meeting. The board bill called for an ordinance authorizing a mutual aid agreement between the City of St. Louis and St. Clair County, IL, for St. Clair County law enforcement officers to provide law enforcement services and activities on MetroLink property within the City of St. Louis.  St. Louis County police officers in the MetroLink unit are already patrolling stations through to the CWE Station.

St. Clair County will pass a parallel ordinance.   This ordinance is part of ongoing work to increase security on MetroLink and boost patrols.  The measure passed the Board of Aldermen unanimously. The ordinance now goes to Mayor Lyda Krewson’s office for her signature.

In addition, St. Clair County finalized plans to add three sheriff’s deputies assigned to MetroLink raising the total number to 15 on the Illinois side.

Other initiatives underway on safety and security include: