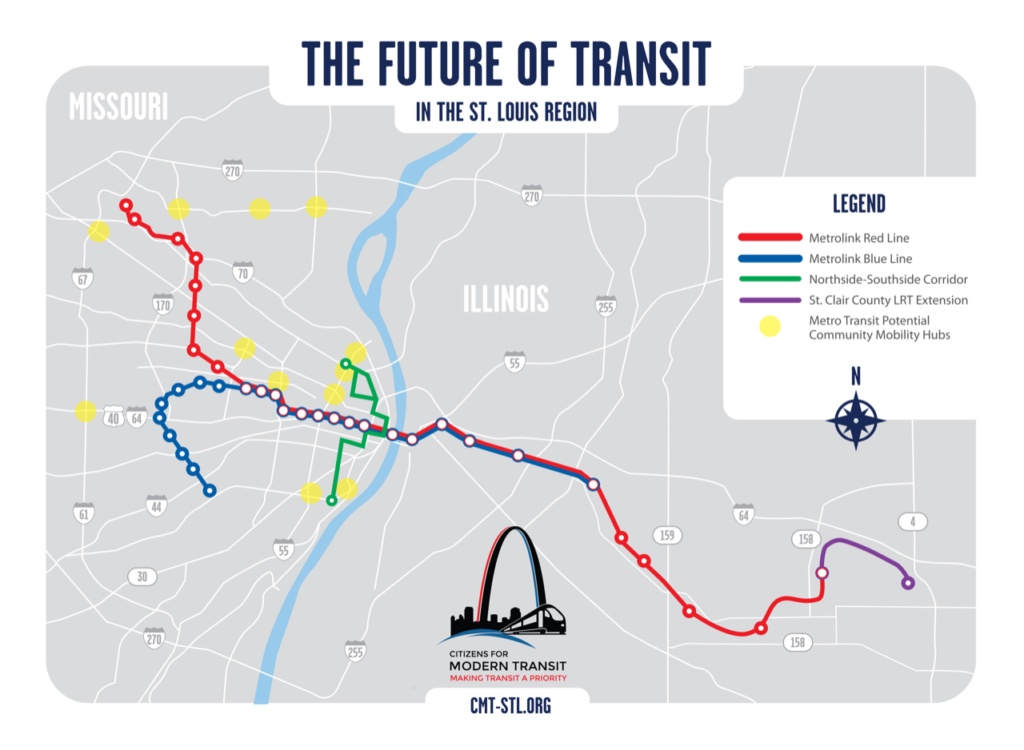 The Bi-State Board of Commissioners today approved an intergovernmental agreement with the City of St. Louis and St. Louis County for the Northside-Southside Corridor Study.   The study will expand and build on previous information in order to provide a complete assessment of areas in St. Louis County in addition to the work on the City portion of the study.  The County study will provide examples of a range of routes and modes for service in the corridor, developing and comparing conceptual alternatives and their respective benefits and costs.

The last Northside- Southside Study wrapped up in 2018 and was an 18-month effort, led by the East-West Gateway Council of Governments, to study light rail investment in the corridor connecting Goodfellow and I-70 on the Northside of St.  Louis to Bayless and I-55 on the Southside.  The study built on the recommendations of a 2008 study and focused on the City portion of the alignment.  The East-West Gateway Board then adopted a preferred first phase of the locally preferred alternative for the corridor in 2018.  The alternative adopted would operate from Grand Ave and Natural Bridge on the northside, along 9th and 10th Streets downtown, to Jefferson Ave/Chippewa Street on the southside.   This 8+ mile initial investment would add 16 stations to the alignment.