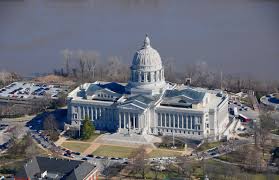 On March 29, the House Budget Committee voted HCS HB 4 out of committee. The committee substitute includes language in the title clause prohibiting the use of appropriated funds for any costs associated with the tolling of interstate highways. This language would also prohibit funds from being used to study tolling of interstate highways. The bill was taken up on the floor of the house on Tuesday, April 4.

An amendment was offered to remove the language from the bill. The amendment failed on a voice vote.
Citizens for Modern Transit has taken the position that all revenue sources need to be examined as Missouri attempts to address its total transportation funding problem.

In addition, the $500,000 in General Revenue for transit operations removed in the Governor’s budget has not been restored as of yet.  Opportunity for CMT members to contact members of the Senate Appropriation to consider all or part of this withhold for the coming year for transit.