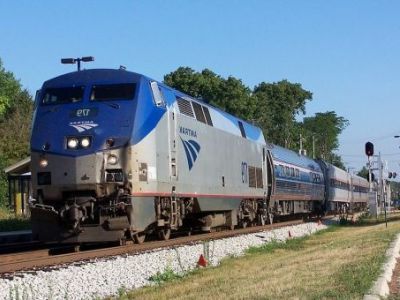 Updates to the track for Illinois’ high-speed route between Chicago and St. Louis are on schedule to be completed by the end of 2012.  As such, Illinois Department of Transportation and Amtrak are planning to preview higher speed trains starting September 2012, from Dwight to Pontiac.

Elsewhere in the country, there are speed increases to 110 mph this year on the Amtrak-owned Michigan District in Michigan and Indiana, specifically Chicago through Indiana to Kalamazoo, Michigan.  Also, U.S. Surface Transportation board announced the Michigan DOT can execute its plan to acquire and improve the 135-mile NS line from Kalamazoo to near Dearborn so that Amtrak can run Wolverine Service at speeds of up to 110 mph in the future.

Also, new for 2012 is that several lines are now offering electronic tickets to their customers: The City of New Orleans, Heartland Flyer and California’s Capitol Corridor and San Joaquin trains.  The plan is for electronic ticketing to be rolled out nationwide by the end of this summer.