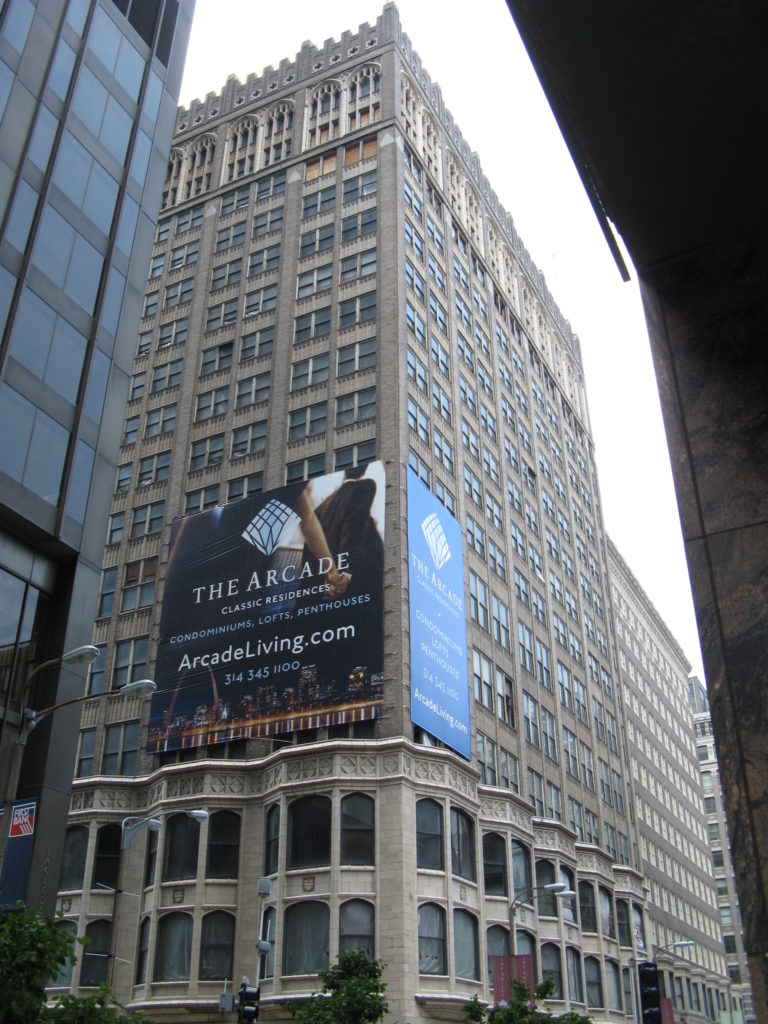 Dominium Development and Acquisition will be advancing with negotiations for its proposed historic redevelopment of the Arcade Wright Building in downtown St. Louis. The proposal will now go to the building owner, the city’s Land Clearance for Redevelopment Authority, who is being offered $6 million for the Arcade as part of a project that could cost more than $100 million.

The proposal is an encouraging first step toward reviving a building that has been empty for decades. The Arcade and the adjoining Wright Building would include 254 one- and two-bedroom apartments, both affordable artists’ lofts and higher-end apartments, commercial space, and underground parking.

Dominium opened its Leather Trades artists’ loft building on Locust, as well its Metropolitan Artist’s Lofts in Grand Center, within the last few years. All of these lofts are in close proximity to a MetroLink station, as well as MetroBus stops, making them easily accessible to the St. Louis urban core and beyond. They would also have potential access to the proposed downtown Streetcar.

The Arcade development is located one block from the 8th and Pine MetroLink station, which also connects to numerous MetroBus routes. There has been a surge in urban residential development near public transit in past years, and the Arcade redevelopment plan could be a great addition!

See the article in the St. Louis Business Journal.