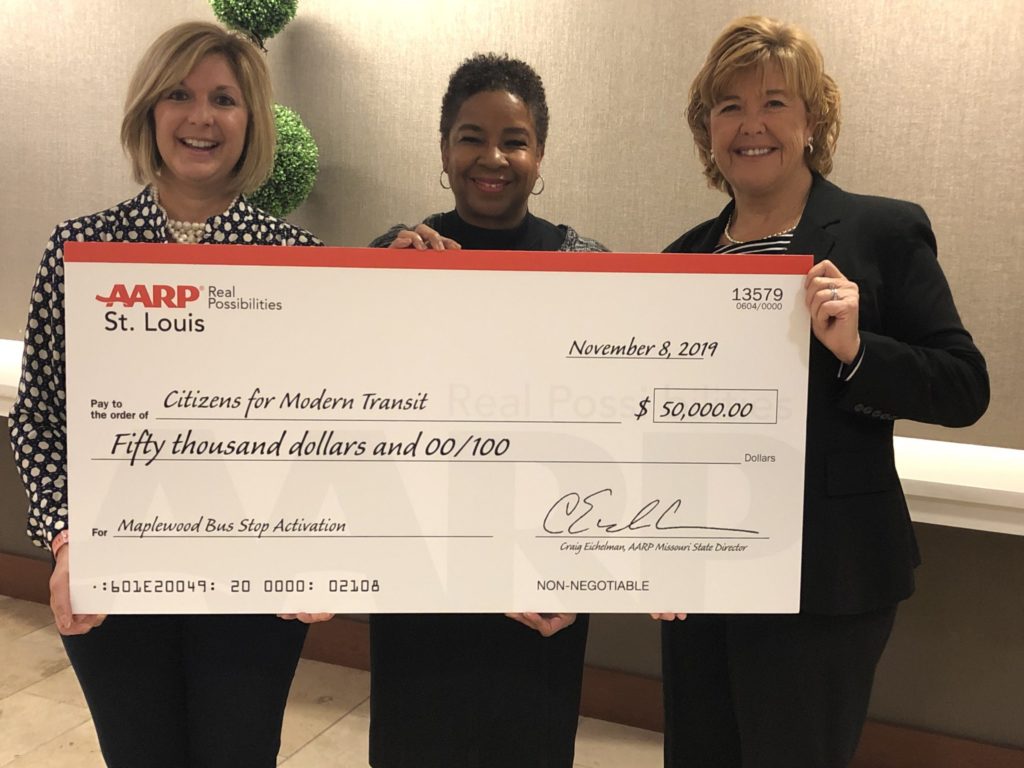 These community partners are coming together to activate the space around a Maplewood MetroBus Stop at the corner of Marshall and Manchester. This joint initiative is known as the “Transit Stop Transformation Project,” which will transform the area at the southwest corner of Manchester Road and Marshall Avenue – adjacent to the Citizens National Bank parklet – into a fun, artistic space that encourages active play, cultivates community and increases transit use.

“CMT is excited about AARP’s continued support of public transportation initiatives in St. Louis”, said Kimberly Cella, Executive Director of CMT. “Together we have hosted a series of Pop-Up Metro Markets to help area residents visualize what it would be like if transit stops were transformed in destinations. This funding is allowing us to turn the vision into reality..”.

This project will raise awareness about “placemaking” around transit. This is a concept that transforms places people simply pass through in route to their next destination – like MetroLink and MetroBus stations – into active, engage corridors that connect individuals and neighborhoods by offering access to products, services, and green spaces.

“For years, AARP in St. Louis has been engaged in improving the livability of our community with regard to public transit, the walkability of neighborhoods, and innovative public spaces,” says Sheila Holm, Associate State Director, Outreach for AARP St. Louis. “These are issues that are important to the 50-plus population and their families. Helping to bring the Transit Stop Transformation Project to fruition is something that AARP is happy to be a part of.”.