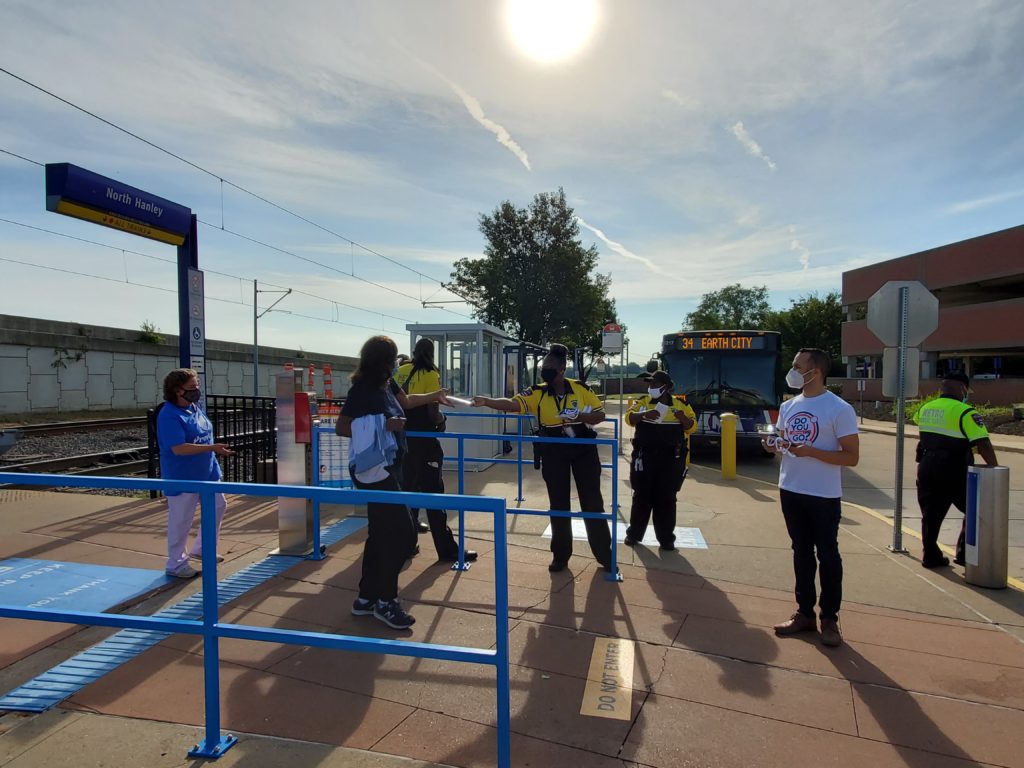 As Metro’s new public safety staff continues to make improvements, the team under the leadership of Metro Transit General Manager of Public Safety Kevin Scott wants to provide a firsthand look at the newly instituted practices and protocols.   The Ride Along with Metro Public Safety Program will initially be instituted with opportunities for Bi-State Development Commissioners, elected officials, and stakeholders and then will eventually be opened up to the interested citizens and riders.

The four-hour session will provide opportunities for round table discussions with inhouse and contract security; overview of operations and equipment; and then a ride along on MetroLink to see the security teams in action.

“The goal of this program is to build confidence in our transit system while educating our stakeholders and customer base about our role and their roles in ensuring the safety and success of the entire transit system in this community,” said Kevin Scott.   “Our job will never be ‘finished,’ but it is imperative that we open up communication channels and work together to ensure success moving forward.”

The new Metro Transit Security staff has been on the job for just shy of one year and has implemented significant changes to safety personnel and protocols including:

“Transit safety and security has been a top priority for Citizens for Modern Transit for the past several years. We are encouraged to see the progress that has been made over the last 10 months under the new leadership at Metro Transit and look forward to continued collaboration including re-instituting the CMT MetroLink Monitor program with a focus on the safety and security at stations and stops,” said Kim Cella, CMT Executive Director.

There are still challenges ahead for Metro Public Safety including: