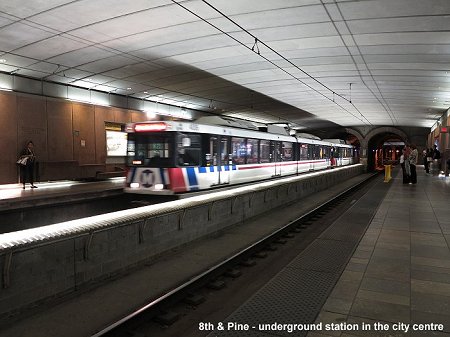 The St. Louis County Council perfected legislation last night that would allow the county to sign off on a major bond issue refinancing from the  Cross County MetroLink extension for Bi-State Development that would provide $20 million for new public safety measures on MetroLink.

Bi-State will use the $20 million to help pay for security upgrades including security cameras, reconfiguration of MetroLink stations, fencing and other improvements to light rail system.  Bi-State President and CEO Taulby Roach said the refinancing would save $40 million.

The legislation will go before the Council for final approval next Tuesday evening.  Councilman Mark Harder was the lone no vote on the legislation. Executive Sam Page endorsed the refinancing. The city of St. Louis and Bi-State’s board have also approved the measure.