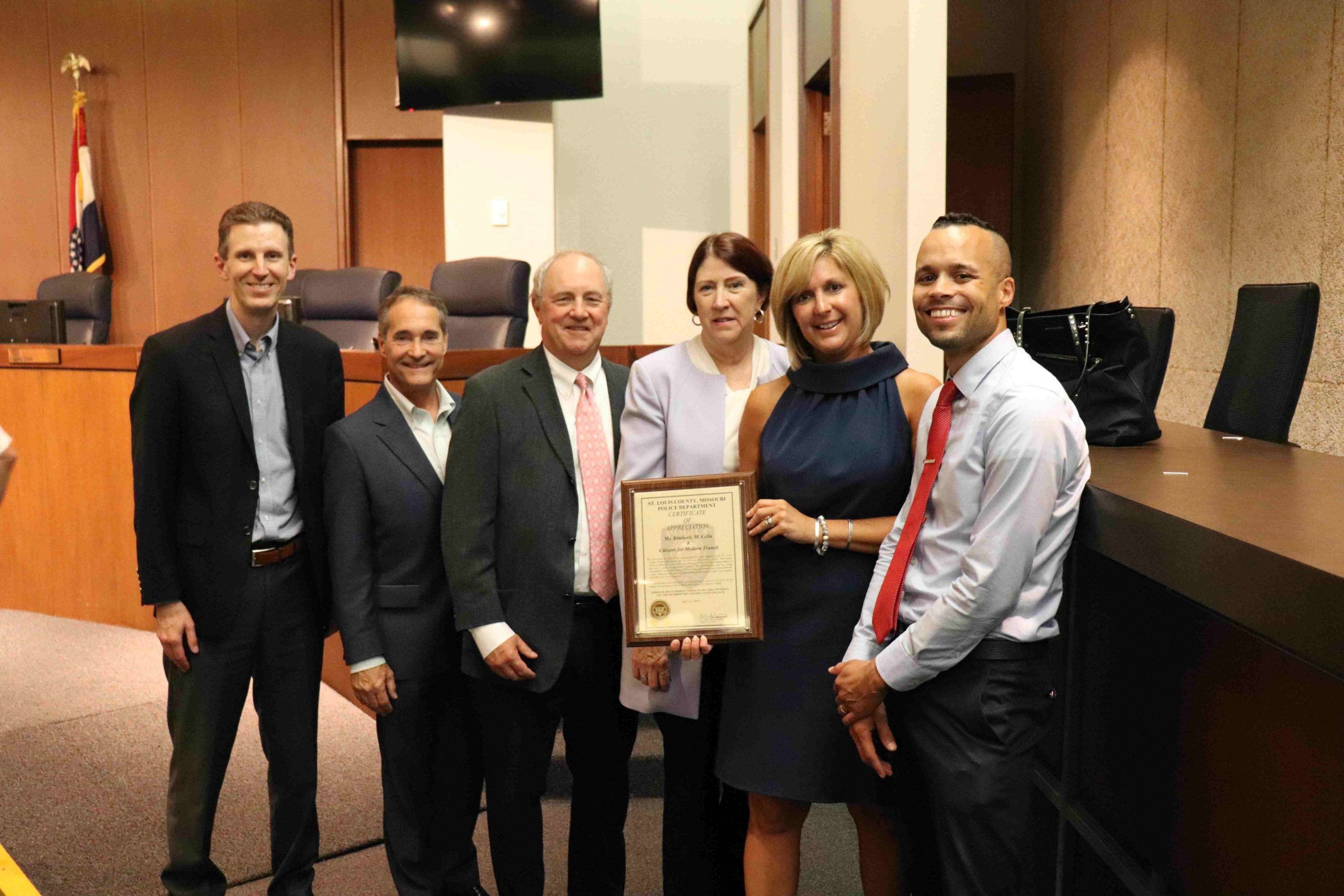 Kimberly Cella is at the helm of the nationally recognized non-profit, transit advocacy organization – Citizens for Modern Transit (CMT). The organization was established in 1985 to help bring light rail to St. Louis and works to develop, support and enhance programming and initiatives to ensure safe, convenient and affordable access to the region’s integrated public transportation system. CMT champions, challenges, encourages and advocates for public transit to drive economic growth and improve the quality of life in the St. Louis region.

Cella’s vision, enthusiasm, tenacity and extraordinary leadership has been credited with moving transit forward over her 27-year tenure with CMT. Some of her key accomplishments include helping secure a federal grant through the Congestion Mitigation and Air Quality (CMAQ) Program to conduct the Central Corridor Feasibility Study, which laid the groundwork for the development of the Cortex MetroLink Station; helping leadership in the bi-state region come together to address safety and security issues on MetroLink and becoming a key member of the Transit Advisory Working Group, ensuring safety remains a top priority; and spearheading the first-ever Economic Impact of Public Transit Services in the State of Missouri to quantify the impact transit has on the vitality of communities. She also helped implement the MetroLink Control Access pilot project, improving fare validation and security presence at three highly utilized MetroLink stations; secured more than $10 million in grant funds to establish and maintain programming to

Cella has also served as the executive director of the Missouri Public Transit Association (MPTA) since 2016. She and her team at CMT partner with Michael G. Winter Consultants to elevate the status of transit in Missouri, build new coalitions to expand the advocacy base, and support MPTA members. Under Cella’s leadership and direction, MPTA hosts quarterly educational events geared toward members and other transit stakeholders, launched peer round tables for transit professionals, hit record levels for membership and engagement, secured critical federal funding for transit, and released an RFP for a Statewide Transit Needs Assessment Study sponsored in conjunction with Missouri Department of Transportation.

Cella has been nationally recognized by the Federal Transit Administration and the Environmental Protection Agency. She was appointed to the St. Louis County Public Transportation Commission in 2012, serves on the East-West Gateway Coordinating Council Air Quality Committee, has previously served as Chair of the St. Louis County Public Transportation Commission, and is involved with numerous other boards and committees in the St. Louis area tied to transit and non-transit related endeavors.

Cella received her master’s degree in business administration from Saint Louis University. She resides in St. Louis County with her husband and two children.