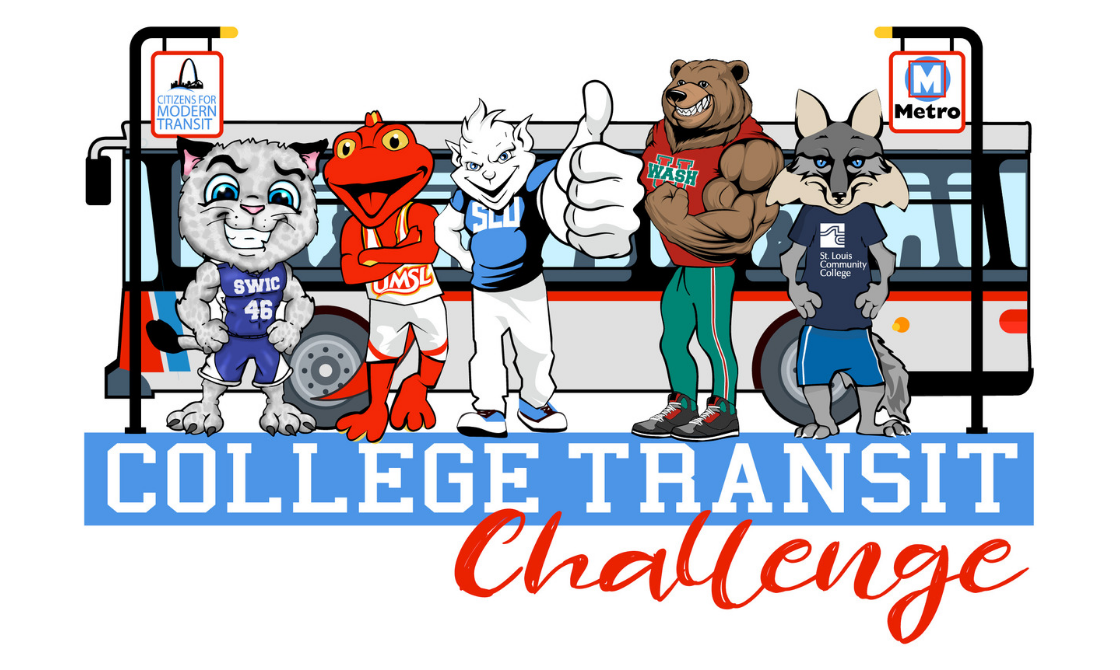 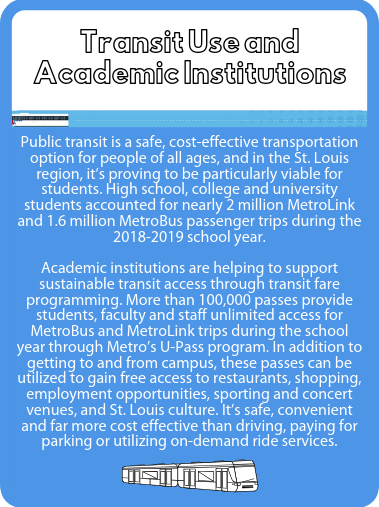 On Wednesday, Aug. 28, those affiliated with the respective schools can help their college or university win by taking MetroBus or MetroLink that day. Ridership will be tracked via social media. Participants simply check-in at a Metro Transit Center – via Facebook, Instagram or Twitter – and post a status update or photo with #iTakeTransit, along with mentioning their school. (ex. #iTakeTransit @UMSL).

The school with the most ridership will be awarded bragging rights and a MetroLink Train Trophy. All College Transit Challenge participants will be entered in a prize drawing for St. Louis Cardinals tickets and more. Plus, those who show their Metro U-Pass to the Bureau of Transit Police and Metro Transit Public Safety Officers when traveling via MetroLink or MetroBus that day may receive a special prize. 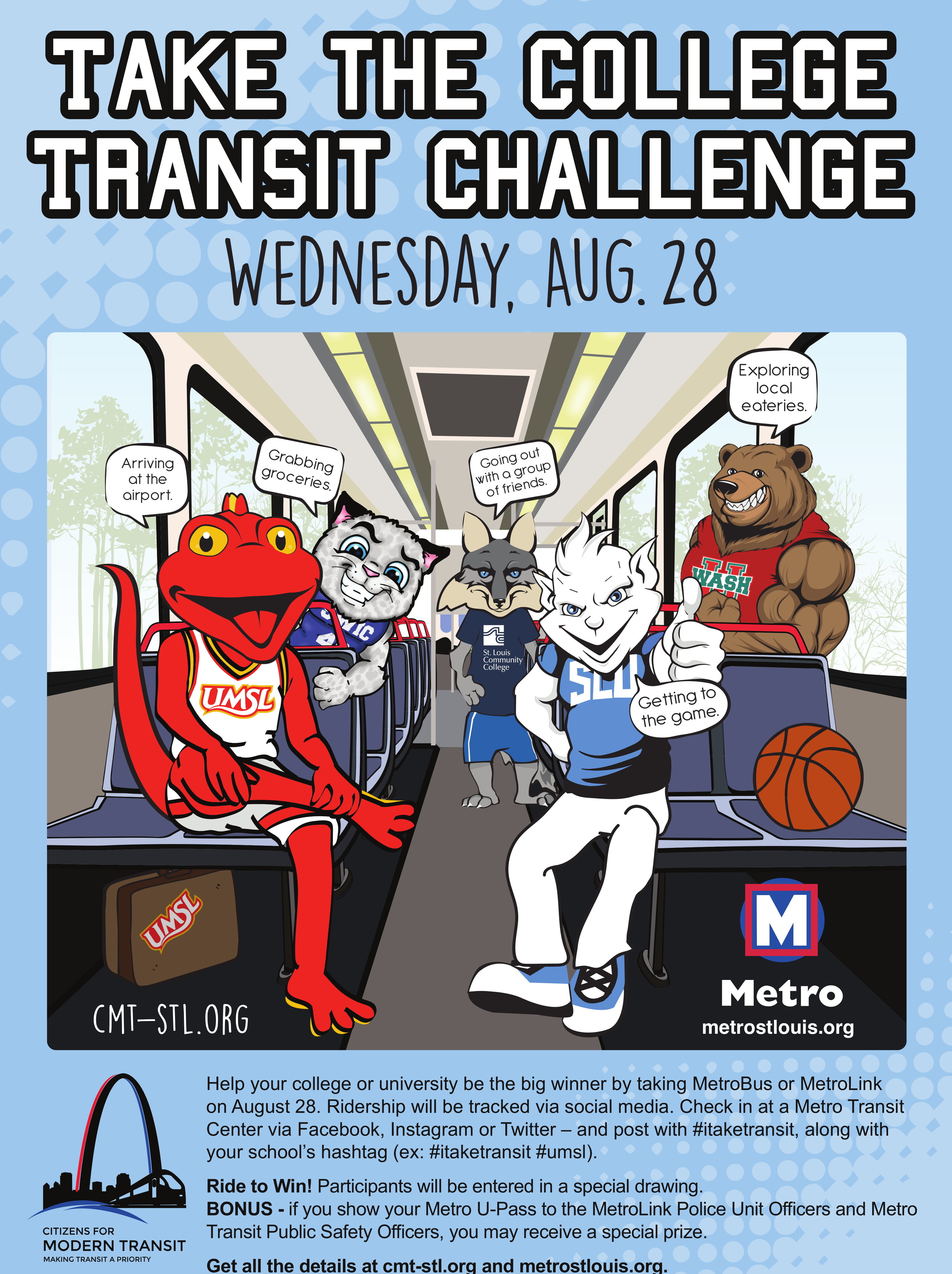 College Transit Challenge partners are hosting a kick-off event at 8 a.m. at the Grand MetroLink Station. There will be formal remarks by Kimberly Cella, Executive Director, Citizens for Modern Transit; Taulby Roach, President and CEO, Bi-State Development; Colonel Jon M. Belmar, Chief of Police, St. Louis County Police Department; Thomas F. George, Chancellor, University of Missouri–St. Louis; and Ashley Williams, a student from Washington University in St. Louis who regularly uses the local public transit system. Mascots from each of the participating schools, as well as other representatives, will also be on hand.

The College Transit Challenge is designed to underscore the advantages of a robust public transit system and further boost ridership among students, faculty, and staff at higher education institutions.

Take the Pledge. Get Involved. Make Plans to Take Transit on Aug. 28.